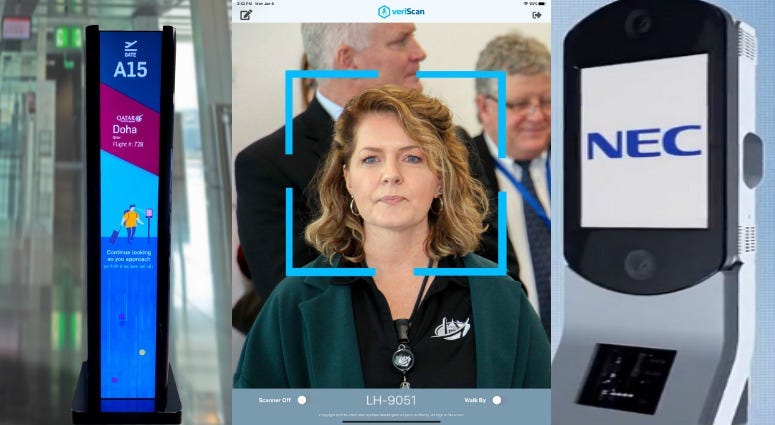 January 20, 2020 01/20/2020 9:30 am
PHILADELPHIA (KYW Newsradio) — Some travelers out of Philadelphia International Airport will be facing facial recognition technology, starting Tuesday.

International travelers on selected outbound Qatar, British Airways, Lufthansa and American Airlines flights will encounter a kiosk at the gate with a device like an iPad or tablet. The device will scan the traveler's face and cross-check it with pictures already on file with the government.

If there's a match, the traveler is permitted to head onto the flight. But if not, the traveler will present their passport and boarding pass to a human to be checked.

Steve Sapp, a spokesman for U.S. Customs and Border Protection, said the congressionally-mandated program has proved to be 98% accurate. And he says the government doesn't keep the airport photos.

"It's not like we're capturing new pictures and holding them. For U.S. citizens you have an opportunity to opt out. But if you do participate in the program we keep your image for only about 12 hours, and then it's gone. We delete it."

According to Sapp, the program is designed to track foreign nationals to make sure they don't overstay their visas. U.S. citizens can opt out of the facial scan if they wish.

The pilot program at PHL will go on for 45 days. Sapp said the biometric technology is already in place at 26 other U.S. airports.

Editor's note: This article has been corrected to show that the new technology debuts Tuesday, not Monday.