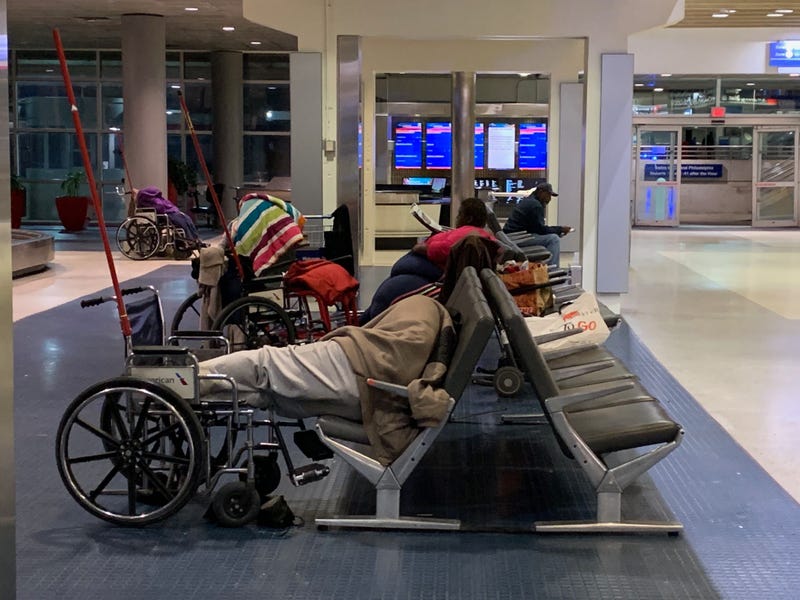 May 22, 2020 05/22/2020 1:05 am
PHILADELPHIA (KYW Newsradio) — Philadelphia officials have postponed a plan to relocate homeless people who’ve been living in the airport Friday morning.

About 150 people from Philadelphia, Delaware County and nearby states have taken up residence in the Terminal A baggage claim area during the COVID-19 lockdown because it hasn’t been used for flights.

That was to end with a new airport policy limiting admittance to workers and ticketed passengers.

City officials have been offering alternate placements, but advocates said that the group should not be admitted to city shelters until they’ve been tested for the virus.

Managing Director Brian Abernathy said the city understands their concerns and will test everyone.

“The city is trying to focus on the safety of everyone involved here: the employees that work at the airport, and those that will need to use the airport in the near future, as well as the safety of those who are unsheltered,” he said.

The relocation is now scheduled for Tuesday morning.