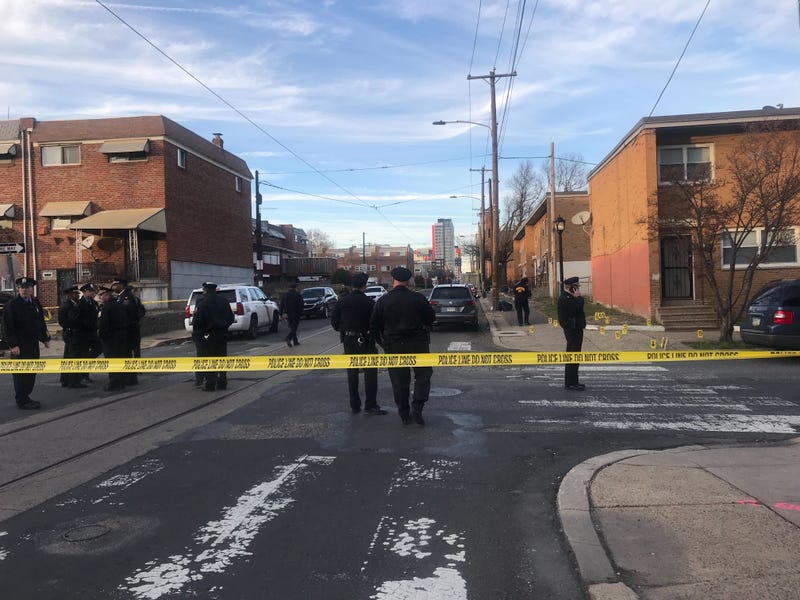 Police say 20 shots were reported shortly after 3:30 p.m. Wednesday in the Yorktown neighborhood of the city. A 25-year-old man and a 19-year-old woman were both shot in the head and were taken to Temple University Hospital by private vehicle.

The two were listed in critical conditions, authorities say.

The shooting happened at a PHA housing community across from St. Malachy School.

More than 20 evidence markers lined the scene at the corner of 11th and Thompson streets.

Philadelphia Police Staff Inspector Sekou Kinebrew says they're still sorting out the details. He says a group of people were sitting on the steps of an apartment around 3:40 pm.

"Two males came around this corner right here southbound on 11th and then making a left onto Thompson Street and then started firing. Both males in possesion of a gun," he said.

Police say a weapon was recovered and a male was detained, but there was no immediate word on charges.