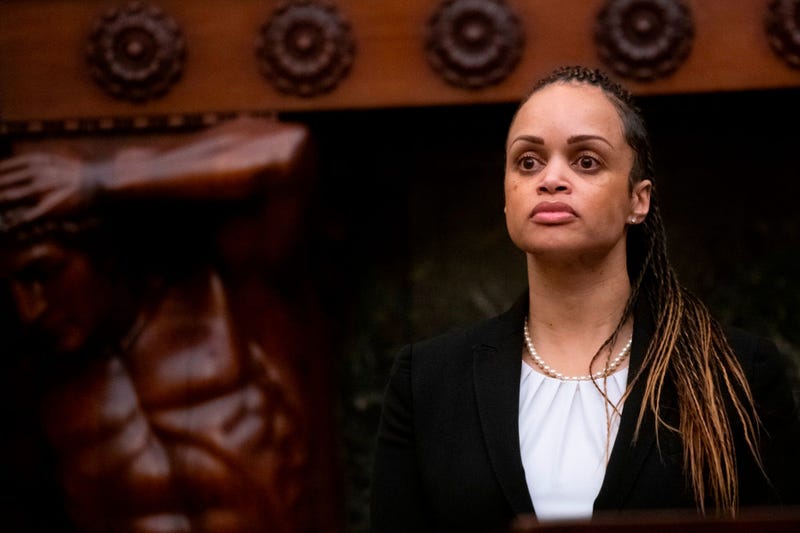 PHILADELPHIA (KYW Newsradio) — Gun violence has been raging on in Philadelphia, even amid the coronavirus pandemic.

So far in 2020, nearly 900 people have been shot in Philadelphia. Homicides are up 20% compared to 2019 — an already record-breaking year for murders.

On Friday, Philadelphia Police Commissioner Danielle Outlaw announced her plan to decrease violent crimes, which focuses on targeting areas and groups with the most instances of gun violence, identifying patterns, and pushing more to solve crimes.

In the 30-page plan, she expands Operation Pinpoint, a program that emphasizes the need to immediately analyze surveillance video and talk to witnesses on the scene of high-crime districts.

The program was implemented last year under former Commissioner Richard Ross. Violence in Operation Pinpoint areas has already dropped by 14%.

Outlaw — who was unavailable for a comment or an interview with KYW Newsradio — wants to “enhance human and technology resources,” create smaller district task forces for major shooting incidents, review major shootings within 24 hours, and establish an accountability chart for all levels of her department, detailing how they will work with prosecutors at the local, state and federal level.

The command staff will hold weekly meetings to analyze shooting patterns, and there will be monthly community input call-ins — with city partners, social services, community leaders, and former gang members, some who are still on probation or parole.

Outlaw also aims to reduce shootings by 25% next year, and improve the homicide clearance rate — meaning the solving of murders — to 65%. Currently, only half of Philadelphia homicides are solved.

Mayor Jim Kenney supports the plan, and it’s written into next year’s budget — even with a push to defund the police.

One piece of the commissioner’s action plan aims to work closely with the Philadelphia District Attorney's Office — inside police divisions. District Attorney Larry Krasner said the roadmap to safer communities is a collaborative one.

“Much of this, on our end, started as a conversation, pretty much as soon as our new police commissioner arrived,” said Krasner, “about some tactics that were used in Chicago that involved the placement of assistant district attorneys in individual police stations or individual districts.”

Those placements in Chicago resulted in a decrease in shootings and homicides.

Embracing a similar approach, assistant district attorneys will be spread out across six Philadelphia police divisions across the city, in order to create closer connections with the communities in which they serve.

“The work that these folks will be doing is at the core of the gun crime strategies and prevention collaborative,” Krasner said. “These are prosecutors from the DA's Office and also community liaison workers, because the connection between building the community and enforcement is absolutely crucial to any intelligent and modern approach to reducing gun violence.”

Another part of Outlaw’s plan focuses on community engagement by encouraging people to speak up when there’s violence in their neighborhoods.

Stanley Crawford, founder of the Black Male Community Council Of Philadelphia, urges the community to cooperate with the District Attorney’s Office and police. His son was murdered in 2018, and he said it took nearly two years before anyone was arrested.

“I know how it’s important for us to have a collaboration with the police department, with the DA's Office, if we want to stop this murder. It's going to take all of us to work together,” he said. “We specifically in the Black community have got to come together and work together because it's our family members that are constantly going into the grave.”