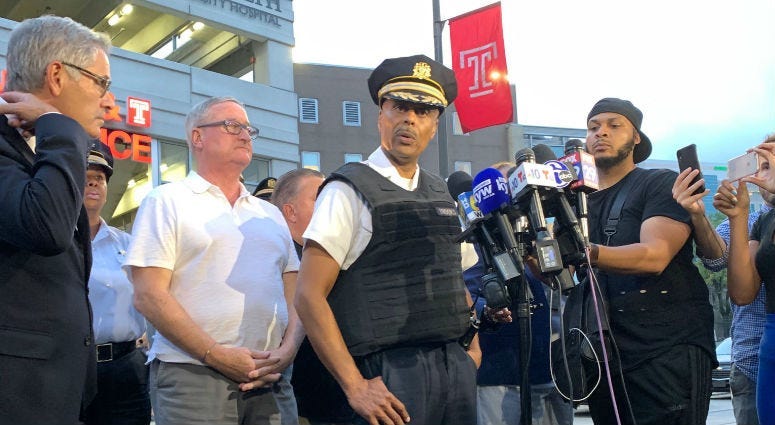 PHILADELPHIA (KYW Newsradio) — Philadelphia Mayor Jim Kenney has accepted the resignation of Police Commissioner Richard Ross Tuesday evening, who has been forced out of his position.

The statement from the mayor says Ross has been "a terrific asset to the police department and the city as a whole."

However, the statement goes on to say: “New allegations of sexual harassment as well as gender and racial discrimination among the rank and file have recently been brought to my attention. While those allegations do not accuse Commissioner Ross of harassment, I do ultimately believe his resignation is in the best interest of the Department."

While the city implemented a new policy last year to prevent workplace discrimination and harassment, Kenney said he does not "believe the Police Department has taken the necessary actions to address the underlying cultural issues that too often negatively impact women — especially women of color."

The mayor went on to say that he believed new leadership would help "to reform the Department and show that racial, ethnic, and gender discrimination simply will not be tolerated."

The allegations of discrimination in the department are contained in a lawsuit filed last month by two African American female officers.

The 104-page suit filed by officers Audra McCowan and Jennifer Allen details a number of incidents going back to 2012, in which the women claim they were subjected to various forms of sexual harassment, job discrimination and retaliation.

The mayor says he'll hire an outside firm to investigate the claims in the suit.

Among them is that one of the women complained directly to Ross but he took no action. Deputy Commissioner Christine Coulter, who's been named acting commissioner, is also named in the suit as ignoring the women's claims, but the mayor's office say they don't know of any improper communications between Coulter and the women.

In a statement, City Council President Darrell Clarke said Ross is "an excellent officer" but "it is very troubling to learn of allegations of sexual harassment and gender and racial discrimination within the department. We must have zero tolerance."

That said, it is very troubling to learn of allegations of sexual harassment and gender and racial discrimination within the department. 3/4

Philadelphia Fraternal Order of Police President John McNesby, who attended the police academy at the same time as Ross, said he had a long conversation with Ross about this news and that this announcement was unexpected.

"You know, it's just like getting kicked in the gut. I did speak with the commissioner, we talked for a while. But it is what it is, you have to move on," he said.

McNesby said he felt that Ross was always on the side of his officers.

"It's not a good day for the city when the police commissioner resigns, especially one that has been pretty good working relationship with us, and got along well with the community. He was a classmate of mine. You know, the things we couldn't work out behind the scenes, we worked out. He's a good guy and we are going to miss him," he added.

He said the FOP will have a say in the process of selecting a new police commissioner.

He hopes the next commissioner will have the kind of attitude Ross had toward his own officers, and support officers the same way.

Ross started with the Philadelphia Police Department in 1989 and was appointed police commissioner in January 2016. He was sworn in with Kenney.

A search will begin for his successor.

This is a developing story. Stay with KYW Newsradio for updates.
KYW Newsradio's Kristen Johanson and Pat Loeb contributed to this report.