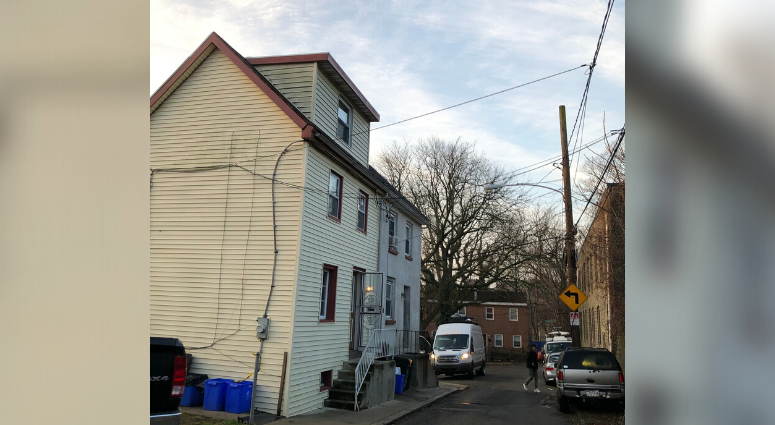 PHILADELPHIA (KYW Newsradio) — Philadelphia authorities say there is a connection between the woman found stabbed to death in her bathtub in Germantown and two missing young men. The woman’s foster son may be the link.

Renee Gilyard was found dead Wednesday morning in her East Germantown home. Family members were concerned when they hadn’t heard from the 64-year-old. When they checked on her, the house was empty — but the bathroom door was locked.

Gillard was found bloodied in the tub with two stab wounds to her neck. She also had defensive wounds.

Acting Police Commissioner Christine Coulter said there were no signs of forced entry into her house.

“It appears the contents of her pocketbook were dumped out onto the bed,” Smith noted. “What specifically was taken at this point in time, I can’t specifically answer that.”

Hours later, officers spotted the car and tried to pull it over, but the driver took off.

It eventually crashed near 43rd and Sansom streets. Four people inside the vehicle were taken to the hospital for minor injuries.

One person inside the car was Gilyard’s 17-year-old foster son, who was recently one of four missing young men the police were looking for. Police say the 17-year-old is an acquaintance of two of the missing young men — 16-year-old Jacob Merritt-Richburg and 20-year-old Jimmy Mao, who have been missing since early January. They were not in the car and are still missing.

Authorities believe the foster son was the last person to see Mao alive.

The foster son is currently considered a person of interest — not a suspect — in Gilyard’s death.

“We believe he is quite possibly the last person to see Ms. Gilyard alive,” said Smith. “She had only been his foster parent for approximately the last three days.”

This is an active situation and the investigation is ongoing.

Gilyard was the mother of a Philadelphia police officer.

Police have not identified the body yet.

This is a developing story. Check back with KYW Newsradio for updates.
KYW Newsradio's Mike Dougherty and Andrew Kramer contributed to this report.
CORRECTION: In a previous version of this story, Renee Gilyard's name was misspelled.