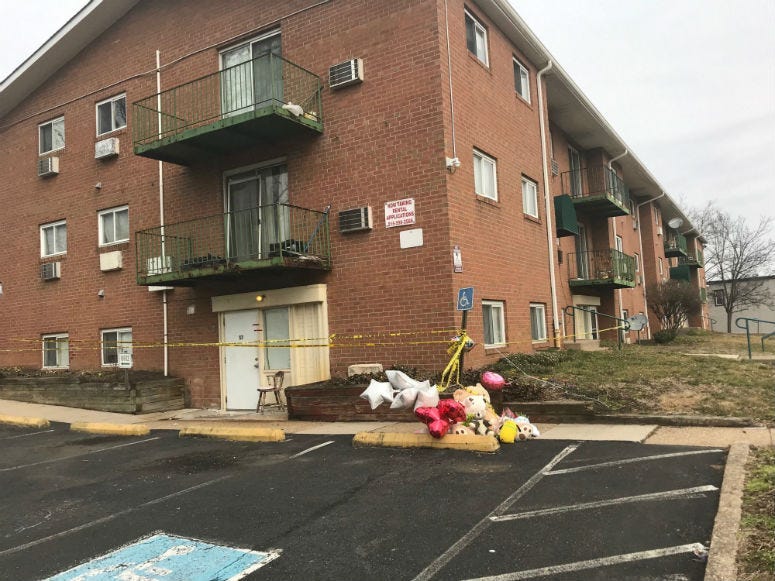 February 27, 2019 02/27/2019 9:14 pm
MORRISVILLE, Pa. (KYW Newsradio) — Investigators say it could be weeks before they fully understand why five people were murdered inside an apartment in Morrisville.

A mother and her daughter are being held without bail, accused of killing family members ranging from age nine to 42.

Morrisville police chief George McClay says they're talking to relatives, teachers, school administrators and neighbors to try to find answer to what he describes as “weeks worth of questions.”

One of those questions: what are the wounds on the neck of 19-year-old Dominique Decree.

READ: Woman and daughter charged with murder of 5 family members

According to the affidavit of probable cause, Dominique Decree said several times at the hospital that she wanted to die.

Her mother and co-defendant Shana Decree told police everyone in the home wanted to die, even the 9-year-old twins.

McClay says there is no evidence at this time to back statements from family members who claim the murders were part of some sort of suicide-pact based on a religion or cult. McClay says in conversations with the accused, Shana and Dominique Decree, at the hospital, religion never came up.

The superintendent of Morrisville School District, Jason Harris, says the district was preparing paperwork for 13-year-old Damon Decree to be home-schooled when communication with the family stopped within the past month.

“And we were indicated that he was to be home-schooled, and we were in the process of completing his withdrawal when mom stopped contacting us," Harris said.

The nine-year-old twins were not registered in Morrisville.

Police say they’ve been told those children were registered in New Jersey.

Shana Decree and her daughter, Dominique Decree, were both found in another bedroom that was described in court documents as “disoriented.”

Initially, the two claimed it was a group of men who attacked them and their family members. But eventually, according to the criminal complaint, they confessed to the murders.