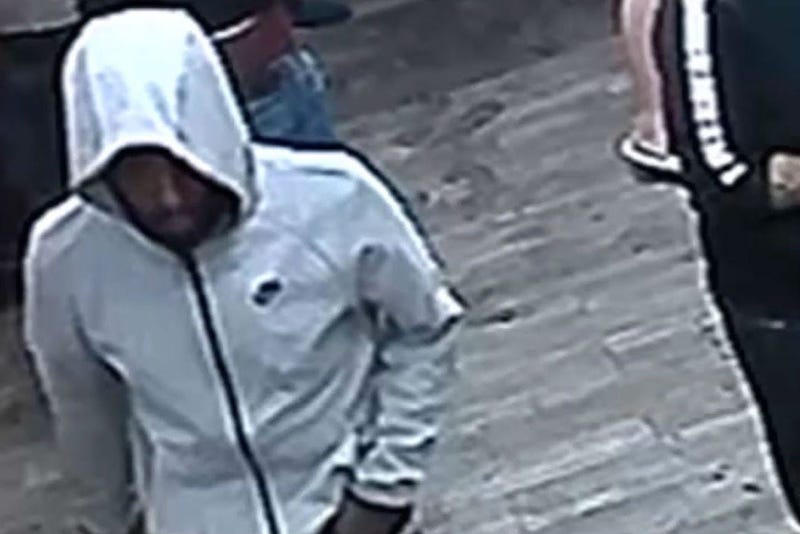 July 4, 2019 07/04/2019 3:54 pm
PHILADELPHIA (KYW Newsradio) — Police in New Jersey are asking for the public's help as they search for a second person they say may be involved in the kidnapping and murder of the grandson of Camden's City Council president.

Brandon Beverly, 32, of Westville is charged with the kidnapping and murder of Curtis Jenkins III.

Police say Beverly was involved in a separate crime on Monday, a robbery.

"This robbery also happens to be around the approximate time that the kidnapping occurred," Keashen  said. "We believe this is a very important individual that we need to arrest."

Keashan says they are also calling that man a person of interest in Jenkins' murder.

The family of Council President Jenkins was sent pictures of his grandson while he was being held hostage.

The younger Jenkins was eventually found dead in an alley near his house.

Aboard the Battleship New Jersey, following a Fourth of July naturalization ceremony there, Gov. Phil Murphy empathethized with the Jenkins family and said gun laws need to be tightened up.

"I feel awful. In fact I'm trying to go over and see (Jenkins) right now right after this ceremony," he said.

"I mean, it does continue to raise the point that their are too many guns washing around in our society. And we've done a lot in New Jersey to tighten those gun safety laws. But, you know, when you've got 80% of gun crimes committed with guns coming in from out of state, we need a national solution."