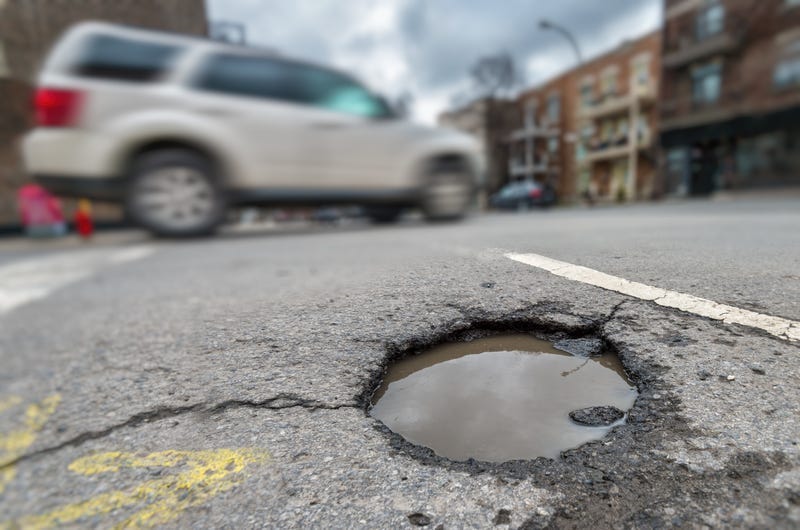 PHILADELPHIA (KYW Newsradio) -- Temperatures this winter are having a big impact on the roads...and quite possibly your car.

Jana Tidwell with AAA Mid-Atlantic says fluctuating temps coupled with rain is a bad combination for the roads.

She says the most obvious problem is potholes.

"Potholes form when moisture collects in small holes and cracks in the road surface," Tidwell said. "So as temperatures rise and fall, the moisture expands and then it contracts due to the freezing and the thawing."

Tidwell says pothole season typically starts in mid-March, but this year we're about a month ahead of schedule in the Philly region.

"We start to see the beginning of pothole season typically at the end of winter," Tidwell explained," but because this year we're seeing spring-like temperatures in the middle of winter, and then this deep re-freezing and re-thawing, we're ahead of schedule."

Tidwell cautions drivers who run over a pothole but don't get a flat tire to pay attention to how your vehicle runs. She says hitting a pothole still can cause significant damage, including to the suspension and alignment of your vehicle.