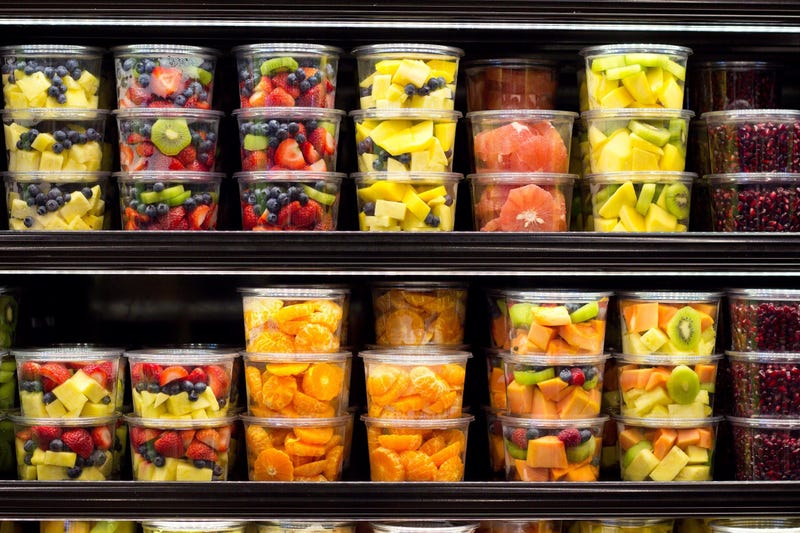 April 13, 2019 04/13/2019 4:45 pm
By David G. Allan
(CNN/KYW Newsradio) -- Caito Foods LLC is voluntarily recalling pre-cut watermelon, honeydew melon, cantaloupe, and fruit medley products containing one of these melons due to the possibility of salmonella contamination, the Centers for Disease Control and Prevention, and the Food and Drug Administration announced Friday.

"Caito Foods has temporarily suspended producing and distributing these products as the company and FDA continue their investigations," the FDA noted in its announcement.

The products were packaged in clear, plastic clamshell containers and distributed in Pennsylvania, Illinois, Indiana, Iowa, Kansas, Kentucky, Michigan, Minnesota, Missouri, Nebraska, New York, North Carolina, Ohio, Tennessee, West Virginia, and Wisconsin. The fruit was sold under various brands depending on where it was sold.

Retailers include Amazon/Whole Foods, Kroger, Target, Walmart and Trader Joe's. A full list of the recalled products is available on the FDA website.

"Because it is possible that products could still be on store shelves, this recall extends to both retailers and consumers," the FDA announcement read. "Consumers should not consume the product and should promptly dispose of any remaining product."

The investigation is ongoing. Caito Foods did not immediately reply to calls requesting a statement.

Salmonella is to blame for 1 million cases of foodborne illness in the United States every year, according to the CDC.

Symptoms usually begin 12 to 72 hours after consuming the bacteria and can last four to seven days. They include diarrhea, fever and stomach cramps, according to the CDC. Most people recover on their own. Patients who experience severe diarrhea may require hospitalization. If severely ill patients are not treated, the illness can be deadly.