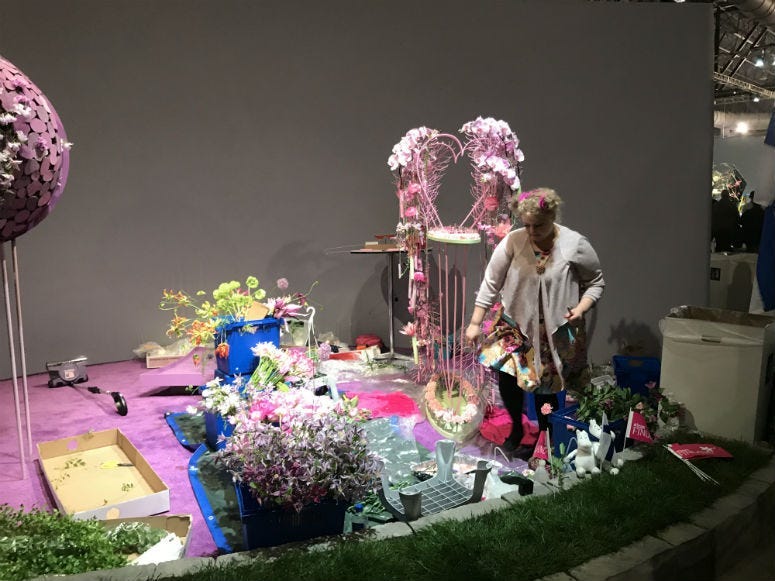 PHILADELPHIA (KYW Newsradio) -- It's being called the Olympics of floral design. A world competition is going on this weekend at 190th Philadelphia Flower Show.

There were people draped in flags of their countries and people cheering on the 23 competitors each from a different country in the Interflora World Cup, like Judy, who is from Norway.

"There is a series of design tasks over the first weekend of the show," Feeley said. "Some of the design tasks involve predetermined themes that the competitors were aware of and they are building these breathtaking towering floral sculptures. Some of the design tasks, they are handed a box, they never seen what is inside of it and they have to create some beautiful floral sculpture out of the materials and floral pieces inside."

The Interflora World Cup is the most prestigious event for the floral industry. It's held in a different city every four to six years. It's the first time it's been held in Philadelphia.