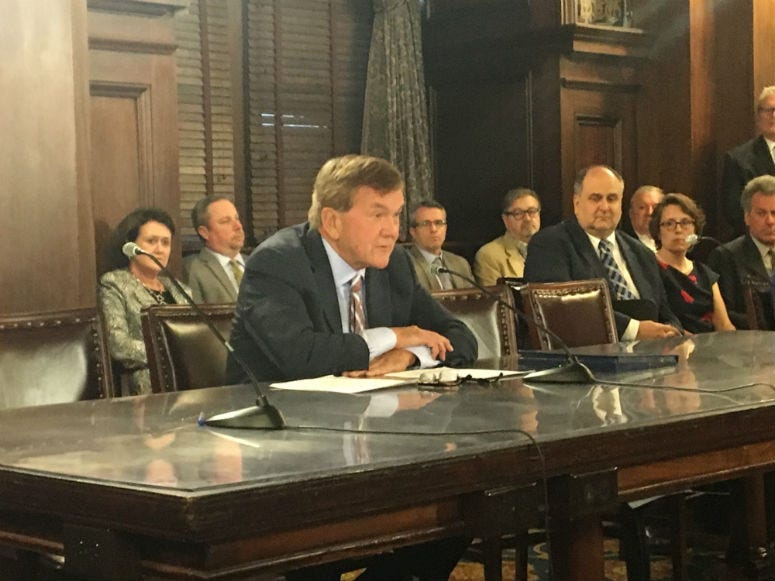 HARRISBURG, Pa. (KYW Newsradio) — Former Gov. Tom Ridge was the heavy hitter called in by backers of a bill to prop up the state’s struggling nuclear power industry as the state House held the first hearing on the proposal. Meanwhile, Ridge’s former energy guru was the star witness for the opposition.

But later on in the hearing, Ridge’s former energy advisor, Glen Thomas, argued that the complicated bill would undo much of the benefits consumers have enjoyed from a competitive market.