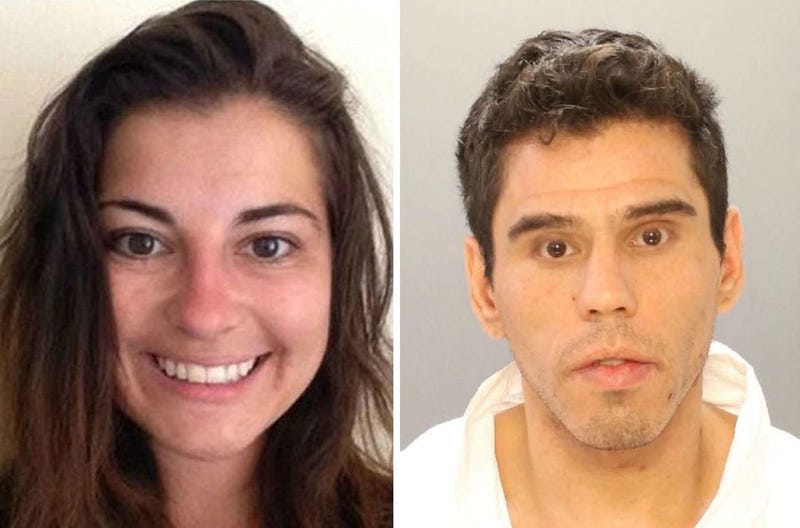 January 16, 2019 01/16/2019 6:23 pm
PHILADELPHIA (KYW Newsradio) — The prosecution rested its case on Wednesday in the trial of the man accused of killing Temple University student Jenna Burleigh in August 2017 — after the victim's father took the stand to recall his last moments with her.

Prosecutors showed surveillance video of Burleigh and defendant Joshua Hupperterz leaving a bar together and walking into his apartment, pairing the footage with records of cellphone contact between Hupperterz and his roommate Jack Miley.

The defense argues it was Miley who killed Burleigh, not Hupperterz, and pointed to two minutes of the video where Burleigh and the defendant are standing outside the building.

Hupperterz's attorney argues that this is the time when Miley let the pair inside the building, but prosecutors argue the cellphone records don't show that.

Burleigh's body was found on the property of Hupperterz's grandmother, inside a storage bin.

The last witness to take the stand for prosecutors was Ed Burleigh, the victim's dad. He recalled the final moments with his daughter, being called from work to help her with her car before the two went out to dinner.

RELATED: After student's life taken, Temple gives back in her memory

The prosecution then put a final piece of evidence on the screen for the jury to see: a picture from Temple's campus garage showing Jenna Burleigh hugging her dad goodbye for the last time.

After the commonwealth rested its case, the defense called character witnesses for Hupperterz in a final and shocking motion.

Hupperterz’s brother, mother and friend took the stand, each calling the defendant a peaceful person.

Miley also testified last week that he took a Xanax, had nearly 20 alcoholic drinks and smoked weed throughout the August night that Burleigh was murdered.

Hupperterz’s attorney called a psychiatrist to testify about the effects of what Miley consumed, and the judge ruled the doctor could only speak to blackouts and memory loss, not to possible violent behavior, as the defense wanted.

The prosecution pointed out that the defense called the doctor at the last minute, and the judge allowed him to testify but not to bring up anything about violent behavior.

Following the doctor’s testimony, and not in front of the jury, Hupperterz’s attorney, David Nenner, passionately motioned for a mistrial, claiming witnesses the prosecution called versus who the defense could call was “fundamentally unfair.”

The judge denied his request and said the expert called at the end was a “marginal witness” at best.

news
Parents name their daughter after internet provider to get free WiFi for 18 years
sports
Aaron Rodgers once showed up to a frat mixer and serenaded the sorority queen
music
Tegan and Sara’s memoir is getting turned into a TV show
music
Reese Witherspoon reunites with 'Legally Blonde' cast for the first time in 20 years
sports
Multiple teams reportedly interested in Antonio Brown, including Seahawks
music
Join the Country Music Hall of Fame's 'BIG NIGHT (At the Museum)' fundraiser