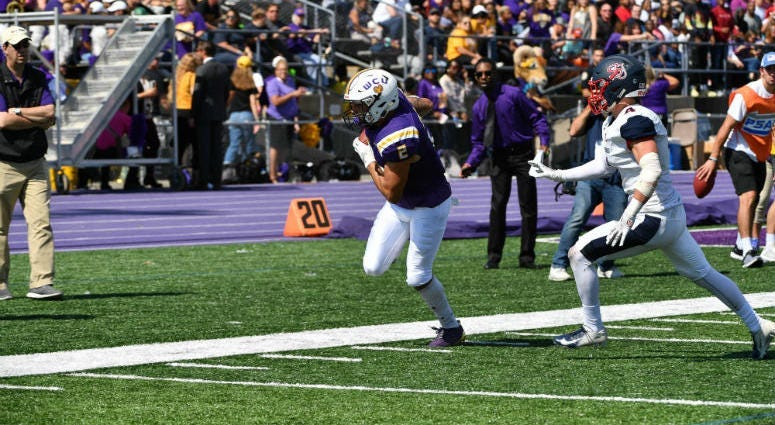 West Chester picked up a 28-21 win over East Stroudsburg last weekend to improve to 4-1 in the PSAC East. The Golden Rams actually fell behind early 10-0, but then they got a huge play from their defense to kickstart the comeback in the second quarter as senior defensive back Jarey Elder picked off a pass and returned it 37 yards for the first score of the game for the Golden Rams.

"(Elder) is a great player, he was an All-American last year, and he's always making plays," West Chester head coach Bill Zwaan told KYW Newsradio. "He's a great leader for us. So when he made the play, it wasn't like it was a surprise, everybody knew that he normally comes up with something big. Our kids just got fired up on the sidelines, it made such a big difference for us."

West Chester also got a boost from the return of starting quarterback Paul Dooley, who missed the previous week because of injury. Dooley threw a pair of touchdowns and rushed for 40 yards.

Kutztown leads the PSAC East with a 5-0 mark and they are currently ranked first in Super Region One rankings (West Chester is sixth). This past week Kutztown dismantled Shippensburg at Andre Reed Stadium, 55-5. The Golden Bears are coached by Jim Clements.

"Jimmy's a great football coach," Zwaan said of Clements, who went to Jenkintown High School. "He played for me at Widener, coached with me at Widener. So I've watched him grow up as a coach, and he just really does a fantastic job."

Clements, in turn, has a lot of respect for Zwaan.

Clements talks about a couple of the reasons why his squad is flying so high this season.

DiGalbo has thrown for 1,938 yards and 22 touchdowns with just five interceptions, and he is second on the team in rushing with 398 yards. He has rushed for nine additional scores.

Last year these two teams met at Kutztown with West Chester pulling out a 38-21 win.

Saturday's game kicks off at noon.