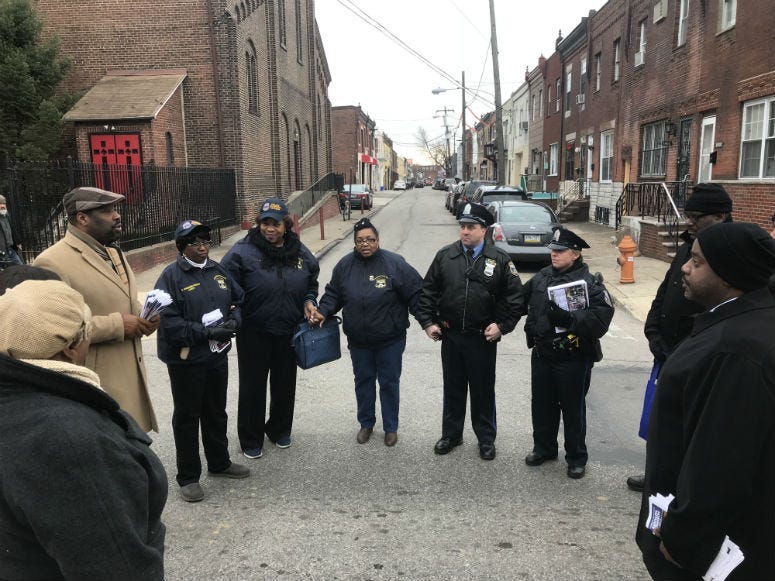 February 27, 2019 02/27/2019 12:18 am
PHILADELPHIA (KYW Newsradio) — Officials in South Philadelphia take a stand against sexual assault following the arrest of a man accused of a string of attacks throughout the neighborhood.

"We want to continuously make sure that this issue is the number one priority as we address the issue of public safety in Philadelphia," Johnson said.

Laquisha Anthony with Women Organized Against Rape says she's relieved that 37-year-old Safien Williams is under arrest for a number of attacks throughout the area.

"It's just a great thing that he's been apprehended. I was even fearful, I live in the neighborhood," she said.

Anthony, who took part in the walk, says neighbors have been on edge and they need to know about options they have to help them heal.

"It can be tough on a neighborhood, knowing that someone was out here doing these type of crimes," he said.

Officials in South Philly join together in prayer before a public safety walk they held following the arrest of a man accused of a string of attacks and sexual assaults @KYWNewsradio @CouncilmanKJ pic.twitter.com/bhiHGJBAJk

The walk took place on the 18th and 19th streets of Bancroft Avenue, where the most recent known attack took place.

"Sending the message that we will, as a city, continue to ensure that we stop perpetrators from roaming our streets," Johnson said.

Johnson says this is not the end of their mission to protect neighbors against sexual assault. He adds they are also telling residents what they can do to better protect themselves.

"We will continuously do outreach around this issue," he added.