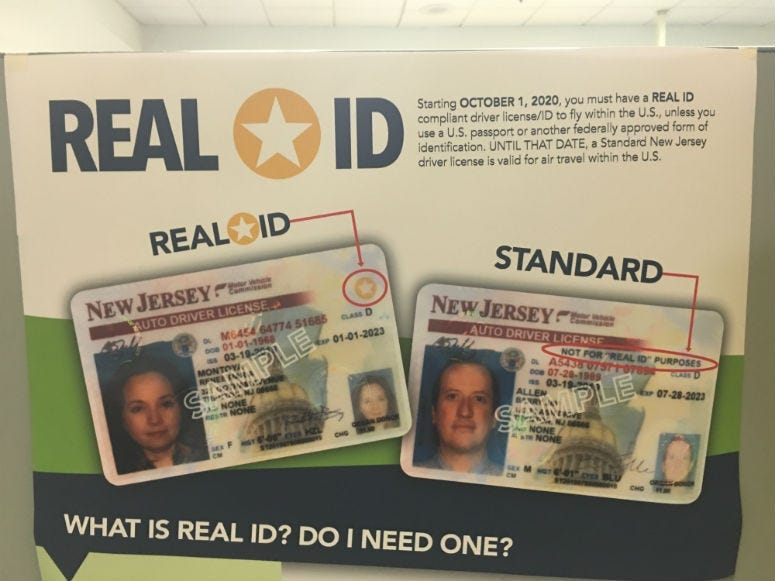 TRENTON, N.J. (KYW Newsradio) — After lengthy discussions and debates, New Jersey is ready to roll out the REAL ID drivers licenses, although not all at once. In fact, to get one, you'll need an appointment with the Motor Vehicle Commission.

They're phasing the process first at a half dozen MVC offices in and around Trenton. But by Thanksgiving, they should be available statewide, although not necessarily in every branch because MVC Chief Administrator Sue Fulton wants to avoid the problems other states have had.

So why can't you just walk in?

"Appointments save time and trouble for our customers. Our appointment system also gives us the flexibility to add slots and process more customers every week," Fulton said.

You'll need to sign up online at realidnj.com to get one. Over 55,000 drivers already have, and they'll get first crack at the system as it rolls out.

"In the beginning, there will not be thousands and thousands of appointments available," Fulton added. "There’ll be very few and we know that people will be anxious about that. But every few weeks, we’re going to be adding a lot more. So between now and the end of the year early next year, we’ll be steadily adding so that people have an opportunity to get it."

The new IDs will get you on planes and into federal facilities after October of next year. Without it, you’ll need a passport. But if you’re just going to drive with that license, the standard ones will do fine.

And if you do opt for REAL ID, be prepared to present far more material to prove your identity when you show up for that appointment. You will need two proofs of address, one proof of social security number and six points of ID, which differ from the traditional six points needed for the standard license.