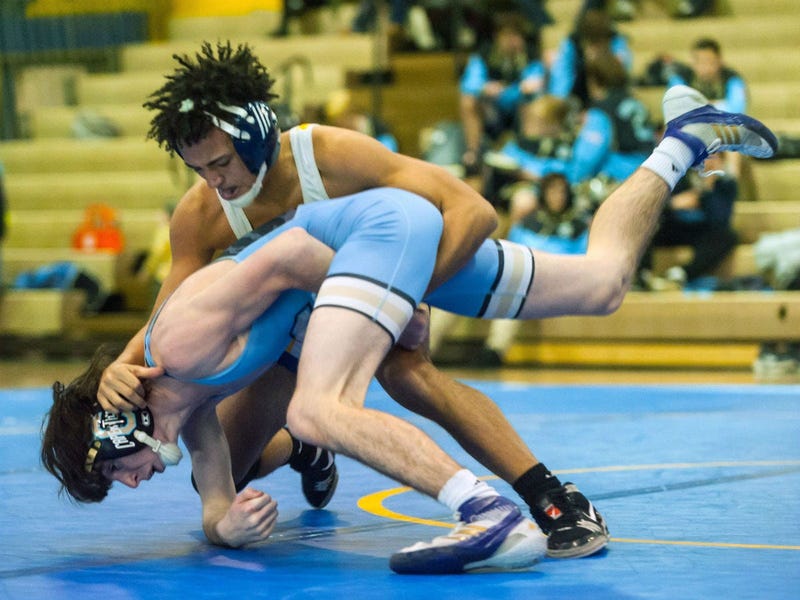 PHILADELPHIA (KYW Newsradio) — The referee who told a high school wrestler from Atlantic County to cut his hair or forfeit a match has been suspended by the state for two seasons.

Attorney General Gurbir Grewal announced on Wednesday that the state investigation has ended with an agreement between the Division of Civil Rights and the New Jersey State Interscholastic Athletic Association.

In addition to referee Alan Maloney being suspended, state officials announced mandatory bias training for all referees and staff involved in high school athletics across the Garden State.

.@NJSIAA will suspend the referee involved in the incident & ensure that officials & staff involved in HS sports are trained on implicit bias. As a rising tide of hate threatens our values, we thank NJSIAA for their help in ensuring equal treatment for all students athletes.

After an investigation by the Division of Civil Rights, officials also released a new rulebook called “Guidance on Race Discrimination Based on Hairstyle," which explains that treating people differently due to their hairstyle may violate the state’s anti-discrimination laws.

“Student athletes should be able to compete with each other on a level playing field. Racial discrimination in the enforcement of the rules of any sport is inconsistent with the spirit of fair play," Grewal said in a statement.

Video of the wrestling match at Buena Regional High School last December quickly went viral. The video showed Andrew Johnson, who is black, wearing a hair cover. But Maloney, who is white, told Johnson that he had to cut his hair or forfeit the match.

The wrestler stood stoic as a trainer cut his hair with scissors in the middle of the gym. Johnson went on to win that match.

Epitome of a team player ⬇️A referee wouldn't allow Andrew Johnson of Buena @brhschiefs to wrestle with a cover over his dreadlocks. It was either an impromptu haircut, or a forfeit. Johnson chose the haircut, then won by sudden victory in OT to help spark Buena to a win. pic.twitter.com/f6JidKNKoI

Maloney was not allowed to officiate any matches during the investigation.