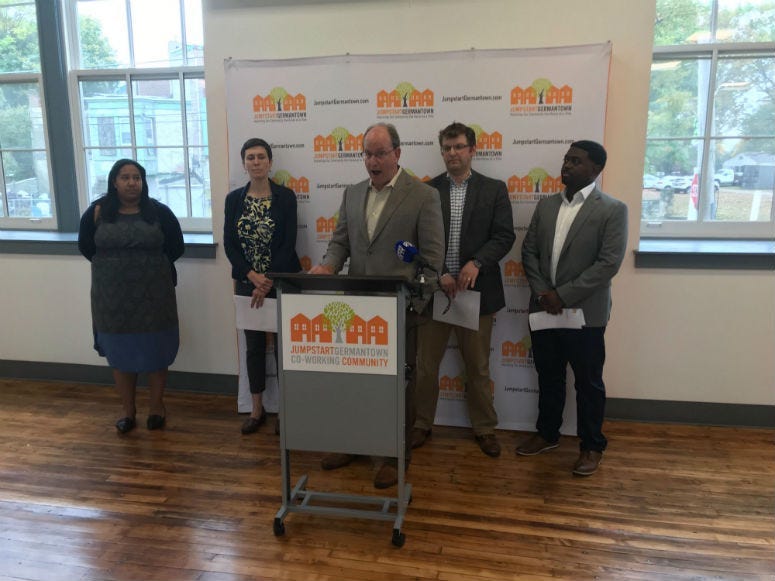 He started the organization 4 1/2 years ago. Using some of his own cash, the program has lent $15 million to 150 program graduates for a variety of projects.

Weinstein said 80 percent of those who come out of the program are women or people of color.

"We're trying to level the playing field to make sure that everyone has the training and funding they need," he said.

The Reinvestment Fund is now pumping $3 million in funding to expand the availability of loans to include the six other Jumpstart programs in neighborhoods like Hunting Park, Tioga, Kensington, Southwest Philly and more.

"We had a financial partner that was not moving at the speed that Ken was in Germantown, and the marketing was heating up and it was impossible for our graduates to even start," said Tya Winn, who works at Jumpstart West Philly.

She says availability of lower interest loans means low cash graduates of the program can now compete in the growing market.

"The need is just overwhelming," she said, noting they have had 77 people graduate from their program and recently received 12 applications, "so we are incredibly excited that TRF has stepped up to the challenge."

"The loan program fundamentally changed my life and set me on a trajectory not only for financial freedom but being able to establish generational wealth," said Josh Jones, who graduated from Jumpstart Germantown four years ago.

"Right now I have multiple projects going on at the same time right now," he said, noting that he is now a full time real estate investor.

According to Jumpstart, the average loan has been roughly $111,000, and 99 percent of recipients are from the Philadelphia region and 79 percent are from the city.

So far, the seven programs have graduated an estimated 900 people. Each program has different requirements, some may require residency.