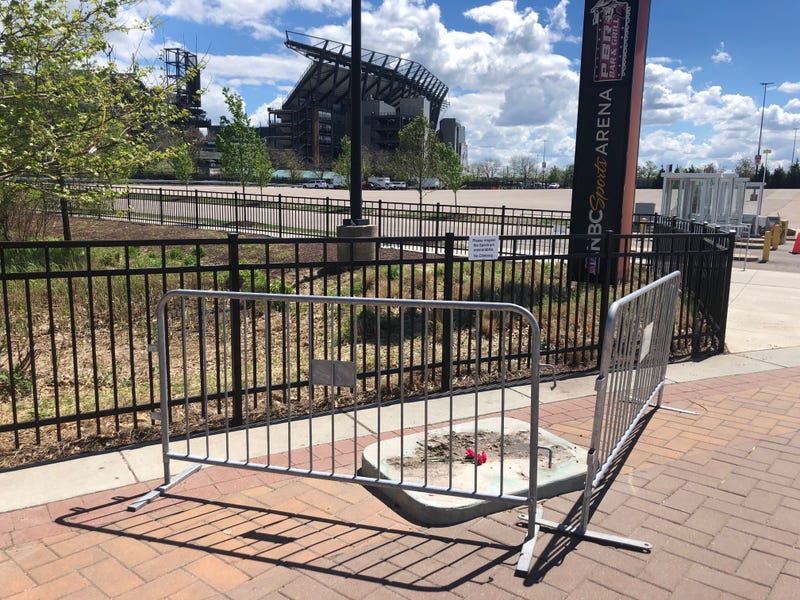 PHILADELPHIA (KYW Newsradio) — It's a controversy that's gone viral. And now Kate Smith's niece is adding to it by criticizing the Flyers organization for their quick decision to cut all ties to the late singer.

Suzy Andron says she's glad the woman she called Aunt Katherine and her mother are no longer around to witness what she calls a travesty.

The Flyers removed Smith's statue from outside XFINITY Live! and announced that they would no longer play her version of "God Bless America" after learning that she recorded racially insensitive songs very early in her career.

They also released a statement calling the lyrics and sentiments of those old songs "incompatible with the values of our organization."

Andron remembers the unveiling of the statue in 1987.

"My mother and I and my husband were there, Mr. Snider of the Flyers. It was lovely," she said.

But she says she's disappointed that no one from the team called to notify her of the most recent developments.

"I wish this whole thing hadn't happened. It just makes me so sad and it makes our whole family sad. For this to be visited upon her memory, that's pretty shameful. Pick on the living, don't pick on the dead," Andron said.