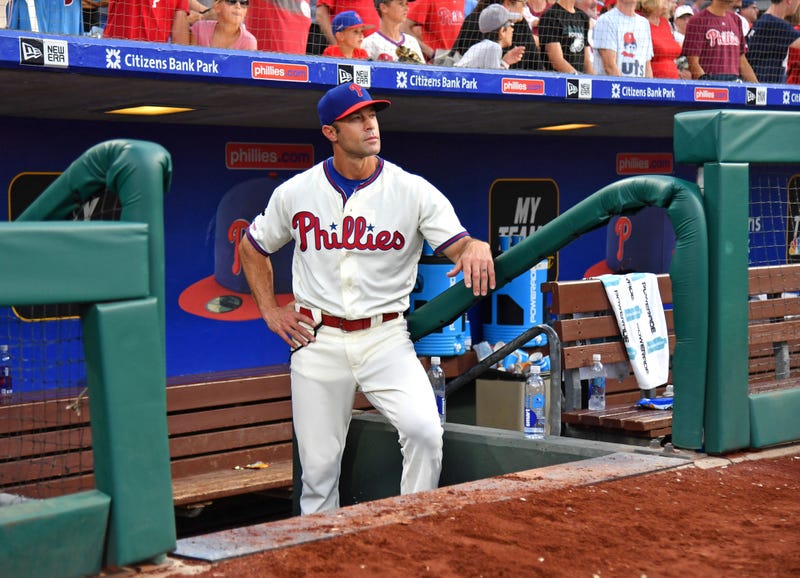 The Phillies have dismissed Gabe Kapler

"I have tremendous respect for this organization, this franchise and this city," said Kapler in a statement. "We came into 2019 with very high hopes. We fell short of those, and that responsibility lies with me."

Kapler, 44, was hired in October 2017, inheriting a 96-loss team. He went 161-163 in two seasons as Phillies manager, but Philadelphia improved just one game from 2018 to 2019 despite the acquisition of Bryce Harper and other key players this offseason.

The Phillies did experience numerous injuries in 2019, but that was not enough for Kapler to retain his job.

"We definitely struggled with injuries," Kapler told Angelo Cataldi and the 94WIP Morning Show on Sept. 25. "We lost multiple starting outfielders for the season — seven of our eight relievers that were projected to be in our bullpen were lost for the more than a quarter of our season and five of those for 100 games plus. When any team gets hit hard in two specific areas, it's always going to test depth.

"We struggled with our starting pitching, they didn't take the step forward we had looked to see and I think there are a lot of reasons that contributed to that. Offensively, we didn't do a good enough job as a team of consistently driving pitches than we needed to hit, frankly."

"If they fired Gabe, I think Buck would be the presumed leader in the clubhouse in terms of who replacing Gabe, if they make that change," Zolecki said on 94WIP earlier this week. "Joe Girardi, I think, is a similar type of a manager. But yeah, Buck, Andy MacPhail hired him to be the Orioles manager years ago. He worked with (Phillies GM) Matt (Klentak); he worked with Ned Rice the assistant GM; he has relationships with all of those guys. That would make a lot of sense."

Phillies fans wanted Kapler gone. They say his analytics-driven new-age personality was never a fit in Philadelphia. And especially with the big free-agent spending the team did in the off-season, he didn't win.

Eleven days after the end of a disappointing season, listen to what a few fans had to say Thursday after the news hit that Kapler was out:

And Phillies fans don't want to see another first-time manager either. They want an old-school guy with experience, like Joe Maddon, Joe Girardi or Buck Showalter.

Last week, the Phillies reportedly removed Chris Young from his position as pitching coach, but offered him a different position with the team. The team also reportedly decided to retain seven coaches from the staff.