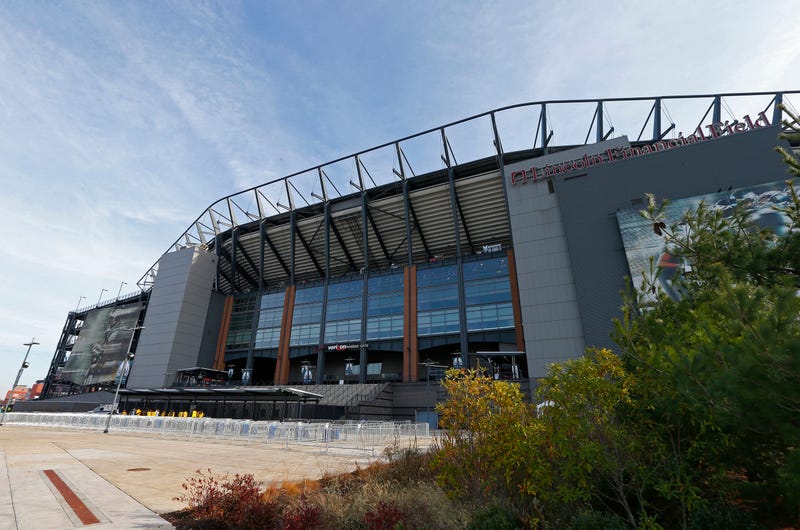 According to several reports, including that of ESPN's Adam Schefter, the owners approved the proposal including tarp advertising.

NFL owners approved a proposal today to cover the seats closest to the field, then place sponsor logos over those seat coverings.

ESPN added that no decision has yet been made about whether fans, or how many, can be in the seats for games.

The original story is below.

PHILADELPHIA (KYW Newsradio) — While the NFL hopes to conduct business as usual — or as close to as usual as possible — this fall, the league may have to rely on contingency plans because of COVID-19. That’s in regards to spectators as well.

Sports Business Journal reported the league presented its team presidents with a plan that includes a scenario where the first six to eight rows of the lower level — including on-field suites — are empty to keep players, coaches and staff safe from the coronavirus. This plan would then allow teams to sell local sponsorships on the tarps covering the seats, which would be seen on TV.

An NFL spokesperson told KYW Newsradio in an email this is one of many concepts being looked at if local and state regulations and public health officials determine they can’t have full stadiums. The spokesperson said nothing’s been finalized.

According to Sports Business Journal, ownership across the league will be looking at this plan Thursday. The report of this possibility came out a day before another report surfaced regarding what could be the NFL’s first significant cancellation because of COVID-19.

Meantime, the Pro Football Hall of Fame Game in Canton, Ohio, on Aug. 6, between the Cowboys and the Steelers, will be canceled, with Dallas and Pittsburgh playing in the 2021 Hall of Fame Game to make up for this development.

The Hall of Fame ceremony attached to the game, which is supposed to happen Aug. 8, will be moved to 2021 also, as will Eagles legend Harold Carmichael's enshrinement. That was supposed to happen during the NFL Centennial Celebration, Sept. 16 to 19, in Canton.