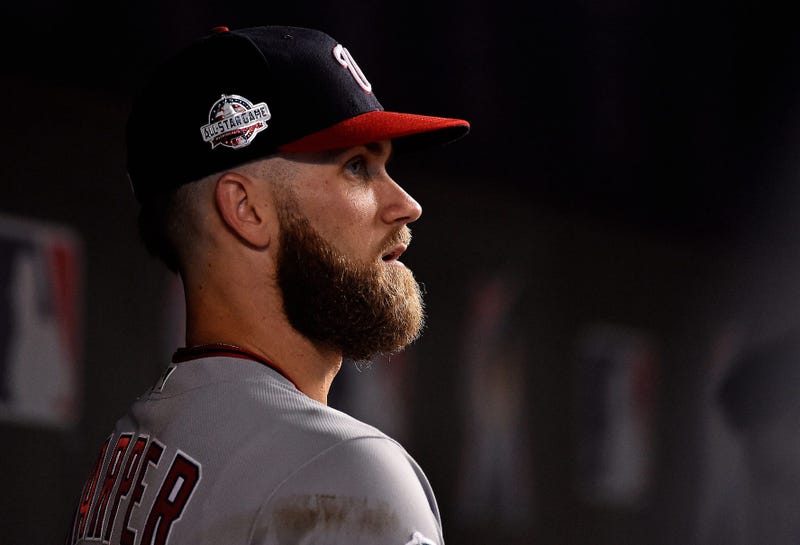 February 28, 2019 02/28/2019 8:05 pm
PHILADELPHIA (WIP Sportsradio) — The Phillies have reportedly signed Bryce Harper, the biggest free agent signing in the history of the franchise, and possibly the biggest Philadelphia sports acquisition in three decades, according to Jon Heyman.

Breaking: Bryce to the Phillies

Huge move for the Phillies. They get their man. Harper is the guy they wanted, the left-handed power hitter they needed. #Harper #Phillies

According to ESPN, the Phillies have handed Harper a whopping 13-year, $330 million contract.

The contract includes no opt-outs, meaning the Phillies now have complete control of one of the best young players in baseball for the next 13 years. At just 26 years old, that will be arguably the prime of the career for a player that many feel is on a Hall of Fame track.

Thrilled about this news. Like Jim Thome and Cliff Lee, Bryce Harper looked at all the MLB cities and chose the team with the most passionate and devoted fans.Welcome to Philadelphia, Bryce! https://t.co/DdtvI0k6nJ

On Tuesday, the Rockies signed Nolan Arenado to an eight-year deal worth $260 million — $32.5 million per season — with a three-year opt-out.