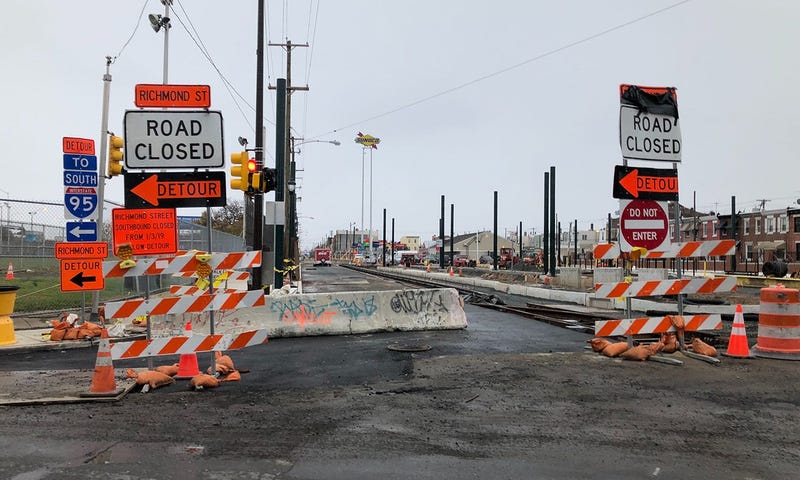 November 12, 2019 11/12/2019 8:01 pm
PHILADELPHIA (KYW Newsradio) — As seemingly never-ending construction on I-95 continues, PennDOT will unveil plans for the next phase Tuesday night at a public meeting in Bridesburg, where neighbors are encouraged to attend and give feedback.

Plans for construction on I-95 near Bridge Street will be discussed during an open house from 6 p.m. to 8 p.m. at St. John Cantius Church.

Dustin Fenstermacher has been battling detours and road closures for about two years in the area and is interested in seeing what happens next.

"If there's going to be new stuff added, then yeah, I'd actually like to know about what's going on," Fenstermacher said.

He says as soon as he figures out how to get around, the route changes.

"Then it's like always just blocked off or there's some new sort of carnage that's going on," he added.

PennDOT says public feedback prompted significant design changes after the plan was initially revealed in 2013, which is why it's important for people to come to this meeting and voice their opinions.