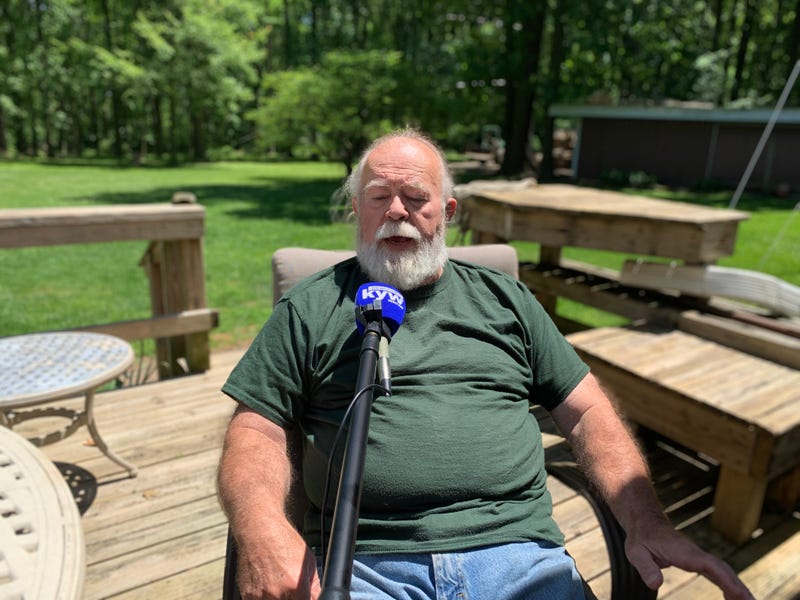 Coronavirus Mystery
PHILADELPHIA (KYW Newsradio) — As southeastern Pennsylvania prepares to go into the “green" phase of COVID-19 recovery, that will still require wearing a mask in many public places.

Steve, who declined to give his last name, has been working for more than 50 years for a family-owned department store chain that has several retail outlets in the western suburbs.

For the past two weeks, he said, he’s been assigned to door duty at one of the larger stores to make sure customers coming into the store are wearing masks.

“Ninety-nine percent definitely wear the masks,” he said. “They see it’s important and do the right thing. And then there’s the 1% that have to come in with an attitude and try to make a fuss over having to put a mask on.”

Steve said after one recent tense exchange with a customer who adamantly refused to comply with the mask requirement, he decided it wasn’t worth risking his own life.

He decided to retire. Steve worked his last shift over the weekend.

Bev has been working part time for eight years at an independent grocery outlet in the western suburbs. She also declined to give her last name.

And, Bev said, right now the store’s management isn’t doing much to enforce the mask requirement.

“They really don’t say anything,” Bev said. ”There’s really not much they can say. We’re supposed to be as polite as possible with the masks on, which is almost impossible.”

Bev said she and her co-workers are worried about their health as well as the well-being of their regular customers who come in weekly.

“Very frustrated,” Bev said. “I think a lot of us at the store have really come to about the end of it, because it works on everybody.”

Bev said she doesn’t want to jeopardize her job by saying anything to the manager. But she and her co-workers hope someone within the store management steps up to take on the mask issue.

Sharon has been a home health-care aide working with clients in the western suburbs for 10 years.

“And I go many places, so the risk is on me rather than on them, because I’m going several places,” she said.

Sharon says she wears a mask and gloves upon entering a client’s home or apartment and washes her hands and carries and uses hand sanitizer frequently.

Has concern about COVID-19 led any of her clients to ask her not to come?

She said her agency, her co-workers and her clients are trying to stay positive.

“It’s a little stressful, but I think the people are at least reassured that we are trying our best to minimize exposure to them,” Sharon said.