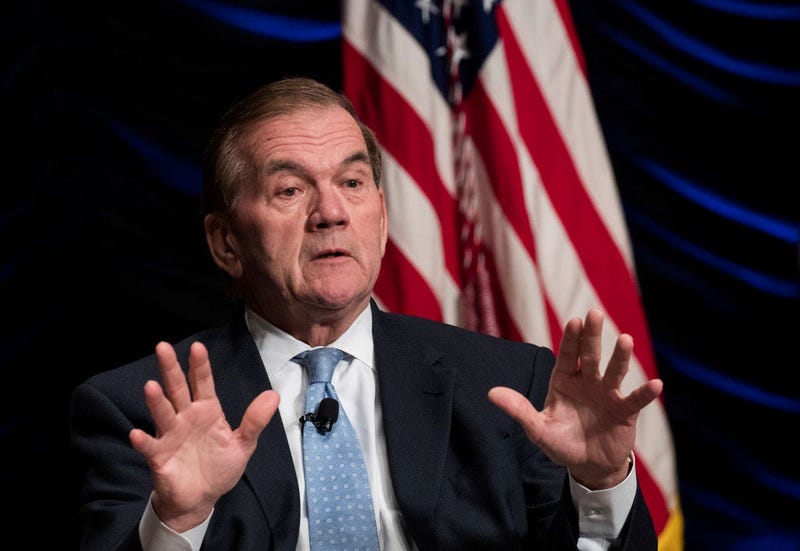 July 23, 2020 07/23/2020 12:17 pm
PHILADELPHIA (KYW Newsradio) — Republican Tom Ridge, formerly the governor of Pennsylvania, and the first secretary of the Department of Homeland Security, continues to criticize the Trump administration’s planned deployment of federal agents in cities.

On CNN Wednesday night, Ridge said the unilateral approach of sending agents to cities such as Chicago, to fight violent crime, would not be effective in the long run.

“I’m disappointed in my president, because it seems like it’s a reality TV approach toward dealing with a very, very serious problem,” Ridge said. “(The agents) will leave in a couple of weeks, and the lawlessness will re-emerge, and they still haven’t dealt with the social and economic conditions that underpin the lawlessness.”

The comments come in addition to criticism he first made in an interview with Michael Smerconish on SiriusXM radio on Tuesday. On that program, he said the use of agents, as in Portland, is “counterproductive.” He said the Department of Homeland Security “was established to protect America from the ever-present threat of global terrorism. It was not established to be the president’s personal militia.”

Ridge said the federal government must coordinate with local political and law enforcement leaders. A spokeswoman for Pennsylvania Gov. Tom Wolf said via an official statement that officials in Harrisburg and Philadelphia have not heard from the White House or any federal agencies about the deployment of forces locally.

“There have been no protests at or around federal buildings in Philadelphia in recent weeks, and we see no need for this action anywhere in Pennsylvania. The administration will support the efforts of local officials, such as District Attorney Larry Krasner, to hold federal agents accountable if they take unlawful actions against people in Philadelphia.”

Earlier in the week, Philadelphia Mayor Jim Kenney and 14 other Democratic mayors sent a letter to the Trump administration demanding that federal forces stay out.