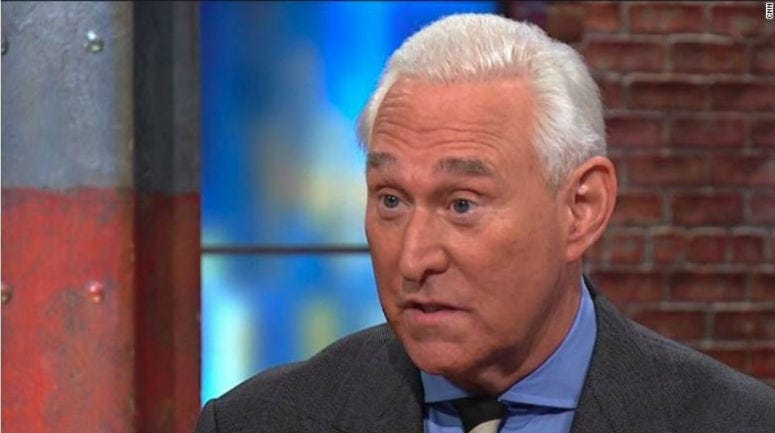 A photo was posted and then deleted from Stone's Instagram account showing Jackson next to cross hairs, mimicking the scope of a rifle. The cross hairs were in the background of the photo, and not directly over the judge. He later deleted that post, posting the same photo without the crosshairs and then deleted that post as well. In the post, Stone said the judge would be presiding over a "show trial."

"Please inform the Court that the photograph and comment today was improper and should not have been posted. I had no intention of disrespecting the Court and humbly apologize to the Court for the transgression," Stone, a longtime associate of President Donald Trump, wrote in the letter.

The photo appears to come from a conspiracy website that features pictures of others, including former Secretary of State Hillary Clinton and Democratic Rep. Adam Schiff against the same background.

Stone told CNN a "volunteer" who works on his social media posted the initial Instagram post and the photo was "random," and not "meant anyway to threaten the judge." Stone says he "ordered it taken down because it was open to misinterpretation."

Stone wrote in the caption of the second post that his upcoming trial before the judge is a "show trial," and accused special counsel Robert Mueller of using "legal trickery" to ensure Jackson, who he notes was appointed by former President Barack Obama, presides over his case. That post was then deleted.

The posts are not likely to sit well with Jackson, who last week imposed a gag order on attorneys and parties to the case. She did not completely restrict Stone's ability to speak, but he is not allowed to speak in and around the courthouse. Jackson noted to Stone on Friday that "there will be no additional restrictions imposed on the defendant's public statements or appearances at this time."

After the second photo was deleted, Stone posted a statement on Instagram, "A photo of Judge Jackson posted on my Instagram has been misinterpreted. This was a random photo taken from the Internet. Any inference that this was meant to somehow threaten the Judge or disrespect court is categorically false."

In another post, Stone writes, "What some say are cross hairs are in fact the logo of the organization that originally posted it something called corruption central. They use the logo in many photos."

Stone was indicted in January by a grand jury on charges brought forward by Mueller, who alleges that Stone sought stolen emails from WikiLeaks that could have damaged Trump's opponents in the 2016 presidential election while in coordination with senior Trump campaign officials.

Mueller is investigating Russian interference in the 2016 election and whether Trump associates were involved.

Stone was indicted by a federal grand jury in the District of Columbia on seven counts: one count of obstruction of an official proceeding, five counts of false statements and one count of witness tampering.

He was arrested by the FBI at his home in Florida, and then released on a $250,000 signature bond.

Stone downplayed his indictment, telling CNN's Chris Cuomo it was a "process crime" and said it does not show collusion between Wikileaks or the Russian government.