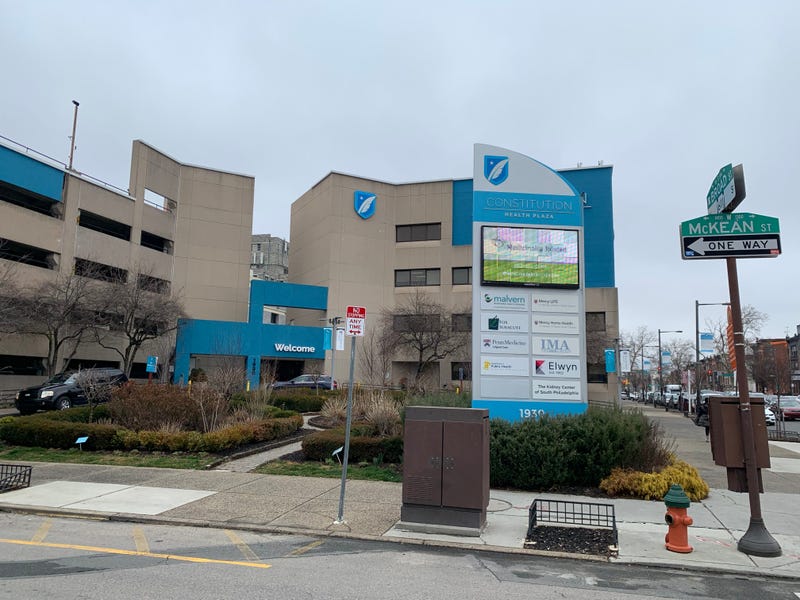 By Pat Loeb and Tim Jimenez
PHILADELPHIA (KYW Newsradio) — A controversial plan to make Philadelphia the first city in the country with a medically supervised injection site has been indefinitely delayed, days before it was to open, after protests from neighbors and elected officials prompted the nonprofit that would have operated the site to postpone the opening, and the landlord that was hosting it to withdraw from the lease.

"We have made the decision to cancel plans to locate a supervised injection site at Constitution Health Plaza," said a statement from Anthony Campisi, a spokesman for the facility at Broad Street and Passyunk Avenue in South Philadelphia. "We believe in the good intentions of all involved — on both sides of the issue — and want to thank you for your honest communications with us over the past few days. We want you to know we have listened. We apologize."

Ronda Goldfein, board vice-president of Safehouse, said the nonprofit had already decided to postpone the opening, in order to hold community meetings, after hearing from residents about their need for more information about the site.

The decisions are a victory for neighbors of the site, who disrupted Safehouse's surprise announcement on Wednesday that it would open the site next week. The announcement was scheduled just hours after a federal judge issued an order saying the site could operate legally, indicating it had been planned for some time with no notice to neighbors or elected officials.

Giordano promised to work to keep a site from opening in any part of the city.

Safehouse proposed a facility where users could inject under observation so medical staff could intervene at the first sign of an overdose. The facility they planned would also have provided sterile needles, strips to test for the presence of deadly fentanyl in the drugs, and services such as counseling, wound care and medically assisted treatment.

Many American cities had considered the strategy, but legal questions have kept them from opening. Philadelphia became a test case when U.S. Attorney William McSwain sued Safehouse to keep it from moving forward. But Judge Gerald McHugh ruled the sites do not violate federal law. His final order, filed Tuesday, cleared the way for the site, legally. McSwain has appealed the ruling to the Third Circuit Court and asked the judge to delay his order while the appeal is pending.

Aside from the legal issue, locating the site has been difficult. A site in drug-ravaged Kensington was expected, but there was community pushback there as well, and the district councilmembers Mark Squilla and Maria Quinones Sanchez opposed it.

Squilla's district also abuts the proposed South Philadelphia site, and he was one of its loudest opponents, joining his constituents at Wednesday's announcement to protest the lack of consultation with the community.

At Thursday's council session, he said the process was flawed, regardless of the merits of the strategy to prevent overdose deaths.

"To be able to put something in a community without any input is just outright wrong," he said.

Councilman David Oh proposed legislation that would establish strict guidelines for opening a site, including six months notice to residents and businesses within a one-mile radius, and 90% approval from them.

Mayor Jim Kenney says he remains convinced that the sites will save lives, and he committed to moving forward "in a deliberate, thoughtful and collaborative way."

"People are dying all over the city, and we're trying to do harm reduction to save lives," he said after attending a police graduation ceremony Friday. "There probably should have been a little more interaction with the public as to what the plans were, but if people and city council want to shut that down, we're going to have more people dying and more suffering for families."

He stressed he did not choose the South Philadelphia site but said the city was planning to provide security and social services, including access to treatment, for those who would have used it.