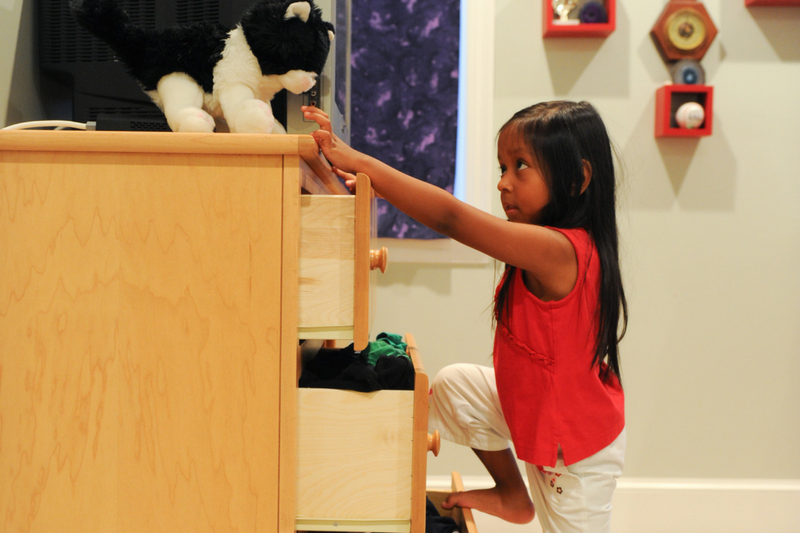 January 31, 2020 01/31/2020 3:43 pm
PHILADELPHIA (KYW Newsradio) — Ahead of this weekend's Super Bowl parties, the U.S. Consumer Product Safety Commission has launched a campaign to try to keep kids safe around TVs and furniture.

Jodi Logan of central New Jersey says furniture was not something she really thought about until she had children. However, since then, she says, the sentence "Get down from there!" has made it into everyday usage for her.

"Constantly I tell them not to climb on the furniture," she said. "Do they listen? That’s another story."

She says the No. 1 tip for consumers is to anchor all bookcases, dressers, TVs, TV stands and entertainment centers to the wall. And she encourages people to have it done by a professional to make sure it’s secure.

South Philadelphia dad Justin, who declinded to give his last name, says, "Don’t just nail it into sheet rock, because it will fall out." He says if the furniture is attached to the studs in the wall, then it should be secure.

Baiocco adds, if you get a new TV, don’t just place your old one on a dresser leaning on the wall in another room. Take the time to mount it correctly.

"If you were a toddler who gets tackled by a linebacker, that’s effectively what happens when they get hit by a falling television, dresser or combination of both," Baiocco said.

Mother of six Latifa Simon of Philadelphia says reports of falling dressers injuring children is top of mind when she gets new furniture.

"And honestly, prior to them putting the anchors in all the furniture, I wasn’t anchoring my stuff," Simon said. "But now, it comes with it, so you make sure you use all the pieces in the box!"

Simon says anchors can be an invconvenience. "Now if I want to move my dresser, I have to unanchor it from the wall ... and now there’s going to be a hole in my wall," she said.

But, she concedes, the alternative is the dresser potentially falling on one of her kids.

The safety commission's Baiocco suggests that parents at Suber Bowl parties, with kids who are playing in another room, should always ask if the furniture is secure.

Baiocco says, in 2018, emergency room visits because of improperly secured furniture fell to about 4,000 compared to about 16,000 a decade prior.

"But keeping in mind that 2,000 of those injuries were sustained by kids, particularly small children, the numbers are still high," she said.