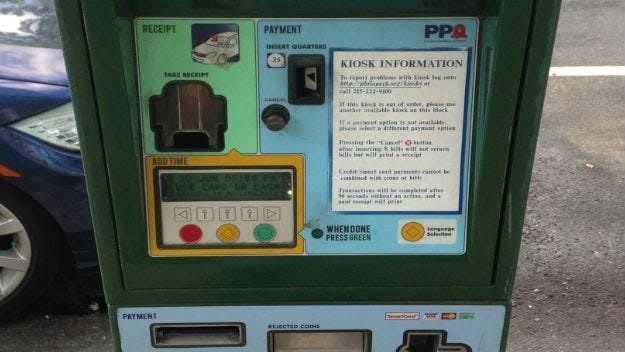 June 24, 2020 06/24/2020 12:02 am
PHILADELPHIA (KYW Newsradio) — The Philadelphia Parking Authority will provide about $2 million less to the School District of Philadelphia this year compared to last year.

Executive Director Scott Petri said COVID-19 did not have a huge impact on the PPA’s revenue for the year ending on March 31, but because the school district is the last in line to receive funding, it absorbed what impact there was. The bulk of losses from the virus will be in this quarter and show up in next year’s payment.

The figures came out Tuesday at a PPA board meeting.

The PPA had suspended charging at garages and enforcing on-street fees during the peak of the pandemic. It resumed garage payments earlier this month, though Petri said usage is still down.

It started to phase in on-street enforcement this week, beginning in Center City. Although it’s early, Petri sees a trend emerging.

“Ticketing is, unfortunately for folks, higher than we would have expected,” he said. “We’re already at 50% of what we used to typically write, and that’s just in the downtown area, so I think there’s going to be some unhappy people.”

The board also welcomed its first new member in eight years, Lynette Brown-Sow. Watchdog group Pay Up PPA did not object to her specifically, but it testified that the appointment should be more transparent, with input from city officials instead of state legislators.