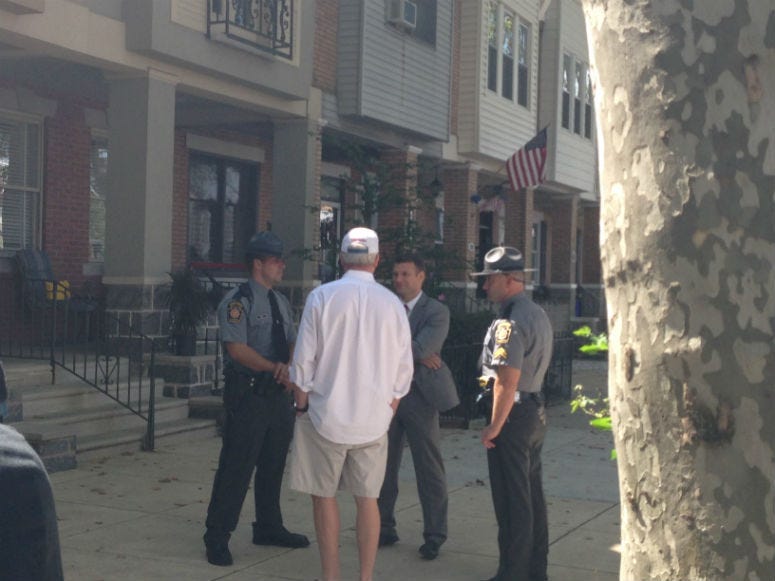 In court documents, officials say Moylan wrote a letter, addressed to "Local 98's Business Manager" asking for support for NFFT. They say Moylan then received a $50,000 check from the union, and spent the money on business and personal expenses, including meals, retail purchases and trips.

Moylan is the second person charged in the probe this week, related to the two-and-a-half-year FBI probe into IBEW spending.

On Monday, George Peltz pleaded guilty to tax evasion and making unlawful payments to a IBEW Local 98 union official. Federal authorities say Peltz directed his company's workers to perform electrical work and installation of TVs and security systems at "Union Official Number One's home, business, and at his family members' and associates' homes." Federal authorities say no one was billed or paid for the work.

Among those facing possible legal problems in the probe is Philadelphia Councilman Bobby Henon, who holds a paid position with Local 98.

Henon recently resigned from two boards he served on but says, through a spokesperson, it was "in no way related to any possible legal action by the U.S. Attorney."

His spokesperson also dismissed rumors that he had resigned as majority leader of council.

"He is confident that his colleagues will respect any possible upcoming legal process and support him," she said in an email.

Dougherty has not been charged.

When FBI and IRS agents conducted day-long raids in the summer of 2016, they went to Dougherty's house and union office, Henon's city hall and district offices, as well as offices of Peltz and Moylan.