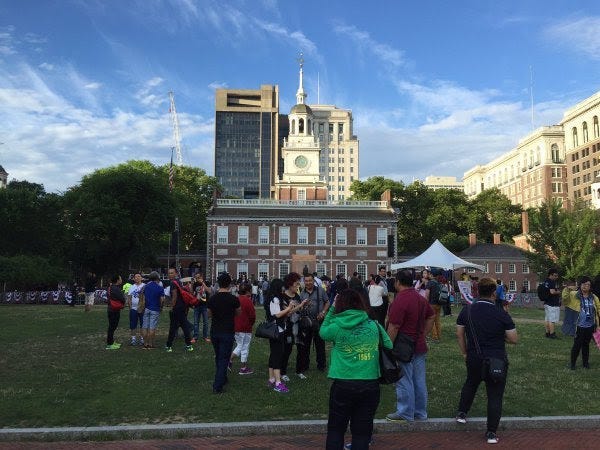 January 24, 2019 01/24/2019 12:44 am
PHILADELPHIA (KYW Newsradio) — The partial government shutdown is now impacting secondary businesses, particularly those in neighborhoods like Old City that depend on business not only from government workers, but also from tourists who visit government funded historic sites.

The partial government shutdown is having an impact on Old City businesses like Fezziwig's Sweet Shop.

"It's immediate drop off. You see it immediately," said store owner Greg Fezziwig.

"And when it starts, you hope it's just a day and tomorrow will be better. But when it's crickets for weeks, it's definitely different," he said.

Old City, which is the neighborhood of the Federal Reserve, the National Park Service, the Federal Courthouse, the Customs House and of course, Philadelphia's most historic landmarks - the Liberty Bell and Independence Hall - was not bustling with people.

Fezziwig says he prepares for slow months like January.

"Of course you plan, but how much can you plan?" he told KYW Newsradio.

While the impact of not having a paycheck is certainly hurting government workers, "They're eventually going to get it. We aren't," he added.

Fezziwig says when folks eventually get their checks, they're not going to buy 15 lunches in a day.