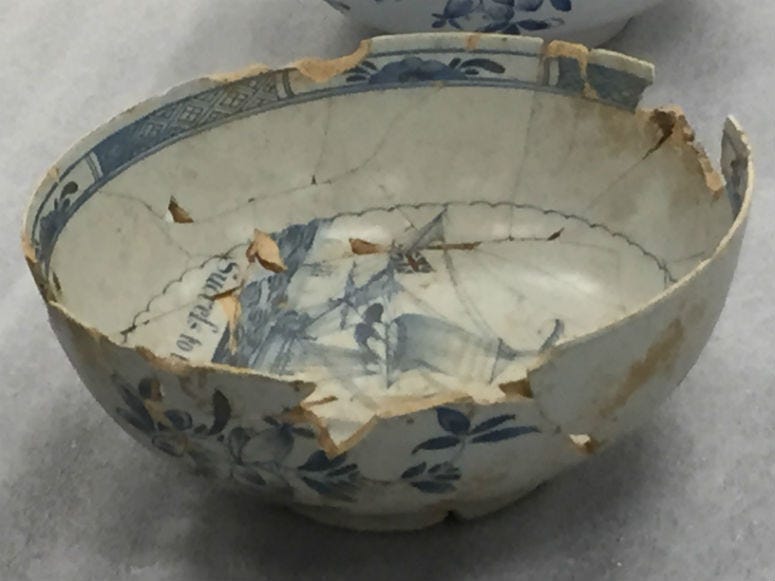 When the Museum of the American Revolution was being built, 82,000 pieces of broken objects were found on the site. As pieces were glued together, object like bottles, mugs and punch bowls started to take shape of things typically found in a tavern.

But it didn't make any sense, as that was the site where the Humphreys' house once stood in the 1700s.

"In fact, the guy who analyzed the glass, the bottles, said to me, called me up and he said, 'you have a tavern here.' I said 'we can't have a tavern there. I mean its Mary and Benjamin Humphreys' and he's a cutler and they are a nice Quaker couple.' And he says, 'listen, you know the bottles are telling the story," lead archaeologist Rebecca Yamin said.

That led to further digging into city records, where a 1783 document was found, charging Mary Humphreys with operating an illegal tavern out of her home.

She was arrested and charged.

Yamin will be at the museum signing copies of her new book, "Archaeology at the Site of the Museum of the American Revolution," on Saturday between 1 and 3 p.m.