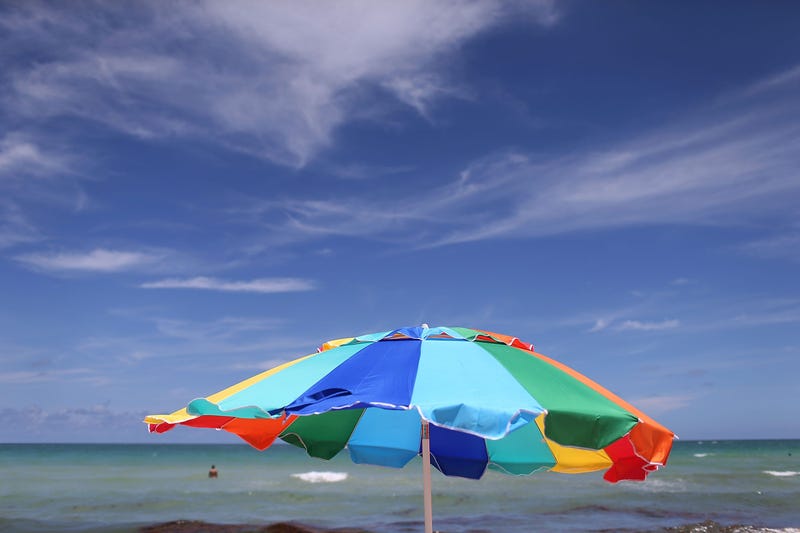 He's not demanding an outright ban on beach umbrellas, but he called on the Consumer Product Safety Commission to "more aggressively" explore safety standards and better ways to secure sunshades on windy days.

"It's a real public health hazard every time a powerful gust of wind tears a beach umbrella right out of the sand and turns it into a projectile spear," he said during a press conference at the beach, with a dozen umbrellas in the background.

Between 2010 and 2018, Menendez said about 2,800 people were rushed to emergency rooms near shore locations in the U.S. to be treated for injuries suffered by a beach umbrella.

There’s no better time to be at the Jersey Shore. We have beautiful beaches, lifeguards & police keeping us safe, and legislation to keep the water clean.What we don’t have? Guidance about the dangers posed by unsecured, #BeachUmbrellas-turned-spears flying in the wind.

He cited several examples of people who were injured by beach umbrellas — or worse.

One Virginia Beach woman was killed after she was impaled by an umbrella in her torso. Closer to home, a Seaside Heights tourist was impaled in the ankle last July after a beach umbrella went flying.

"In my view, the only things that should be flying around through the air on a sunny day at the shore should be seagulls and Frisbees," he said, "not spear-tipped beach umbrellas that have the potential to claim lives."