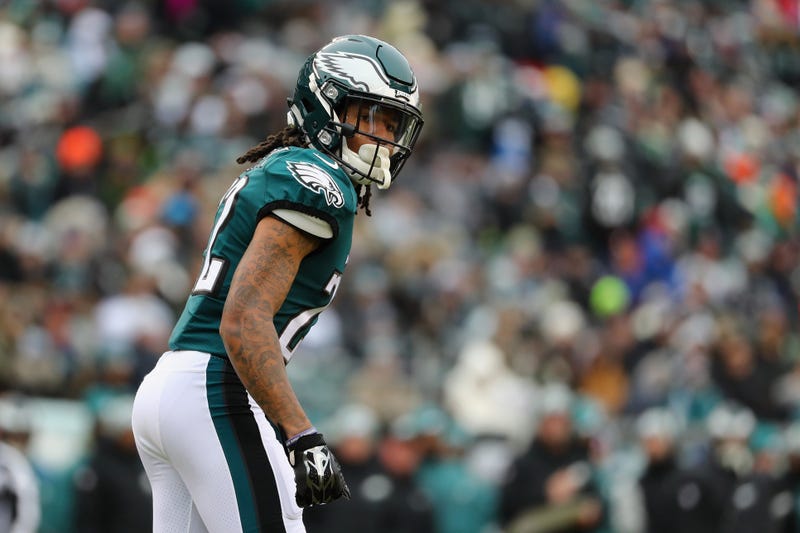 October 12, 2019 10/12/2019 12:58 am
PHILADELPHIA (KYW Newsradio) — Sidney Jones insists he isn't hearing the outside noise. As the Eagles third-year cornerback continued to deal with yet another injury, fans were wondering if he would ever be healthy enough to be a key contributor.

At a news conference earlier this week, head coach Doug Pederson said Jones had to clear a potential mental hurdle as he deals with a hamstring injury, But Jones contends he is focused on getting back on the field Sunday.

"That's my first time hearing that," said Jones. "It's been a battle with my body and stuff. I'm not going to say it's easy, but you can't just sit here and dwell on it. That's how you are going to adapt. You just have to take it for what is and jump that hurdle that he says was there."

Pederson has praised the way Jones responded to the challenge of putting his injury behind him. The head coach clarified his challenge to the young cornerback and talked about that mental hurdle that needs to be cleared.

"You almost have to trick your body sometimes that you're OK," Pederson said. "With injury, it's a little the same way. I think about dealing with my surgery back in March. There were times when you're OK and you just have to walk. You have to be able to get on your toes, you have to be able to run, and until you do that and gain confidence, you’re probably going to hold yourself back."

Jones has no intention of holding back on Sunday. The Eagles will need help going against a Minnesota team, which, despite focusing on the run, has a talented group of receivers.

After dealing with the frustration of sitting on the sidelines, Jones will be grateful to be on the field, no matter who is lined up on the other side.

"It's disappointing after being out for so long," said Jones. "There are so many snaps and so many games not played, but you just take it for what it is. I'm healthy now and good to go and get back out there. That's all I can ask for."

Jones is in danger of becoming a second-round draft bust if he does not make an impact soon for the Eagles. He will especially be needed this Sunday with starters Ronald Darby and Avonte Maddox still sidelined by injuries of their own.  Jones maintains he is ready to take the advice of his head coach and get past the mental battle of his injury-filled career.

"It's frustrating," Jones added. "But it's a new year. It wasn't as severe as last year. It is what it is. I'm healthy now and just ready to step back onto the field."