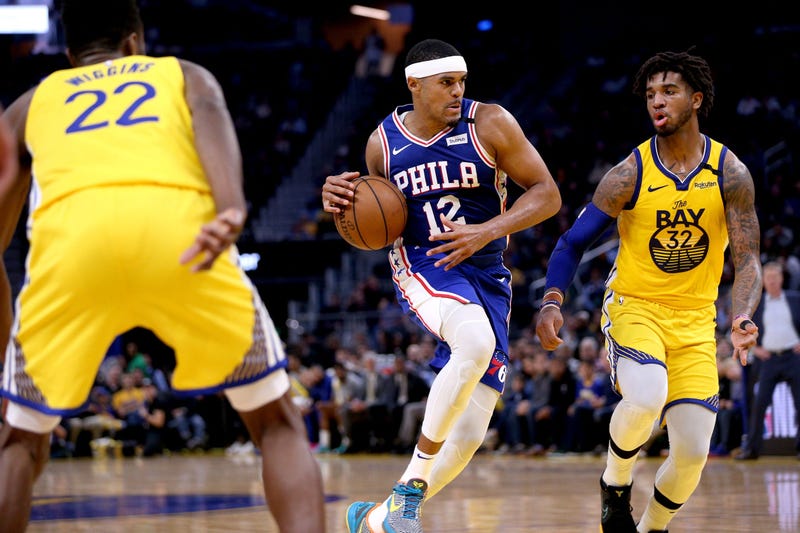 PHILADELPHIA (KYW Newsradio) — Tobias Harris’ media briefing on Monday lasted just under a minute. There was only one thing on the 76ers forward’s mind: justice for Breonna Taylor.

The video conference call began with a question about t-shirts, featuring social justice phrases, that the National Basketball Players Association and Rockets All-Star Russell Westbrook were collaborating on. The shirts were meant to feature messages that were not approved officially to go on the players' uniforms.

“Nothing against the t-shirts, but we wanna make sure that Daniel Cameron will arrest the cops and the officers involved with Breonna Taylor’s death and, yeah, that’s all I got to say,” he said.

The moderator of the press conference was about to call on the next media member to ask a question, but Harris jumped in to emphasize his thoughts.

“That’s gonna be my answer for every question,” he said. “For Daniel Cameron to step up and to do what’s right. And that’s the only message I got today. Appreciate everybody. Thanks.”

At that point, Harris respectfully got up and ended the briefing, as seen over two million times on video posted to Twitter.

Taylor, a 26-year-old Black emergency room technician, was killed by police in her home in March during a no-knock warrant for a narcotics investigation. No drugs were in her home. The suspect of the investigation also didn’t live there.

One of the officers, Brett Hankison, has been fired. The other two, Jonathan Mattingly and Myles Cosgrove, are on administrative leave. However, none of the three officers has faced criminal charges.

Many, including several athletes, applauded Harris on social media for using his platform the way he did on Monday.

Harris, who has a history of impactful community service, has been very active during the fight against racial injustice. He, along with Matisse Thybulle and General Manager Elton Brand, peacefully protested in Philadelphia after the death of George Floyd. Harris wrote an article in The Players’ Tribune in early June about racism. And, Harris has also been a leader on the Sixers in terms of having these important discussions amongst themselves.

“So we’re kinda leaning on Tobias right now,” Glenn Robinson III said Monday. “We’re gonna come together as a team and kinda figure out something, where to go forward and what we’re gonna do for the city of Philadelphia. Come together with everything that’s going on right now.

“We wanna decide as a team — why are we here? What are we playing for, besides a championship? We’re also playing for our community and the things that are happening in the world. So, I think it’ll be pretty impactful, a pretty big statement. Hopefully it’s coming from Tobias soon.”