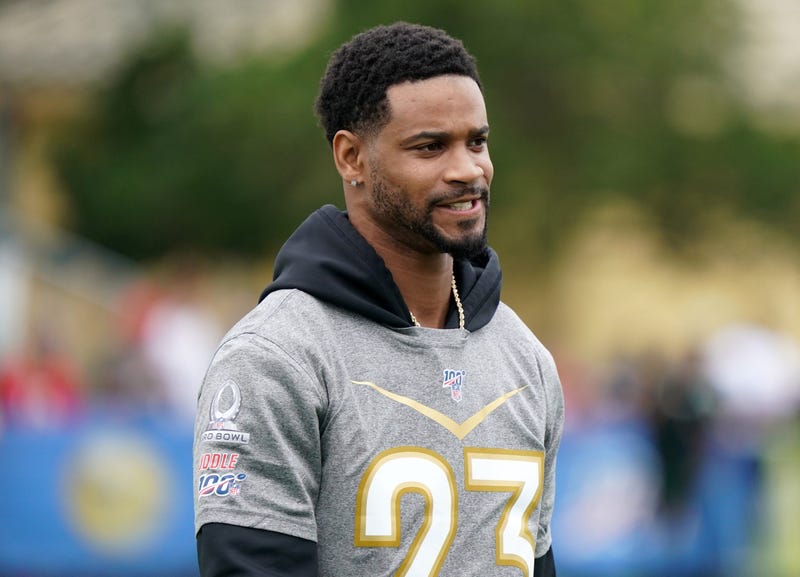 PHILADELPHIA (KYW Newsradio) — When a player changes teams in the NFL, there’s usually an acclimation period wherever he goes, but that has been exceptionally challenging for players in 2020.

The off-season of the pandemic resulted in social distancing for the players. Mini-camps and OTAs were canceled, and players were forced to connect through Zoom.

Darius Slay came to the Eagles in a trade with the Lions this off-season, and the defensive back is happy to finally be practicing with his teammates in South Philadelphia.

"To get around the guys in a group and not be on a computer has been good," said Slay. "It’s been good meeting new guys. There’s nothing better than meeting new faces, and this is a group of guys that kind of love the game.”

The grind for Slay will be intensified over the next few weeks. The Eagles are just over a month away from the start of the regular season in Washington, and with less contact in training camp and no preseason games, Slay won't get a true test of game action with his teammates until opening day.

"It’s tough," Slay said. "It’s a tough task for all of us to ask for. We’re just coming in and going head-first into it. I’ve got to put my foot first. I’ve got to just put my head down and keep moving."

Slay has taken the field at the Linc as a visiting player, so he is well aware of the passion possessed by Eagles fans.

He was looking forward to being on the other end of that fan passion at the Linc, but fans won't be in the stands when the season kicks off due to the pandemic.

He admitted it will be a bit strange without the fans providing an extra emotional boost on game day.

"I love the fans," said Slay. "The fans give the energy, the fans give everything. They get my heart going. Now, it’s going to feel like a practice game. I don’t think my heart’s going to be racing anymore."

Even without the fans, Slay will be counted on to make a key contribution in the secondary.

The Eagles will have a new look in their defensive backfield with Malcolm Jenkins now in New Orleans.

Jalen Mills is moving from cornerback to safety to take Jenkins' place, thanks largely to the trust they have in Slay serving as a shutdown cornerback.

The veteran believes he is up for the challenge and says he is quite comfortable in Philadelphia thanks to the atmosphere created by his new teammates.

"You can see that everybody is themselves," Slay said. "They’re not in a shell where they can’t do this, can’t do that. It’s basically kind of feeling like you’re being treated as grown men.”​