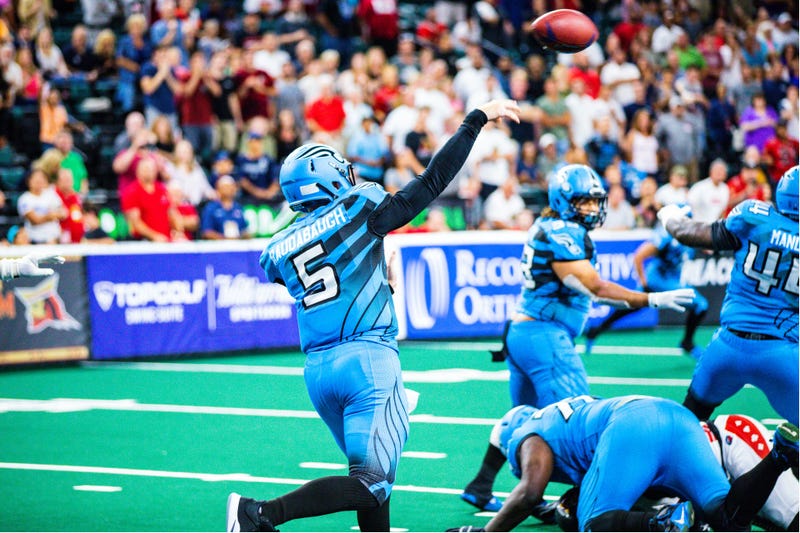 July 25, 2019 07/25/2019 3:40 pm
PHILADELPHIA (KYW Newsradio) — After going 7-5 during the regular season, the Philadelphia Soul are headed to the playoffs. The AFL's three-seed, Philadelphia plays Washington (7-5) in the first round, which is a two-game aggregate series. Basically the scores of the two games will be added together and whichever team has the most points advances to the Arena Bowl. The first game will be Sunday in D.C.

The Soul wrapped up the regular season with a thud, as they got blasted in Albany this past Saturday, 72-27. Philadelphia was only down 30-20 at the half, but several turnovers hurt the Soul in the second half as they rested some starters.

"We didn't play well coming off the bye week going to Albany the last game of the season," Soul head coach Clint Dolezel said. "You never want to go into the playoffs with a loss like that. But it's a clean slate now. We're really past that and looking on to Washington."

The Soul went 0-2 against the Valor during the regular season. On May 18 they lost 53-46 in Washington, and then on June 9 they dropped a 48-41 decision at the Wells Fargo Center. Washington quarterback Arvell Nelson threw for eleven touchdowns and rushed for three more in those two games.

"He plays well against everybody," Dolezel said of Nelson. "He's a dual threat. He's always a (threat) to run the ball and extend drives, which is always a scary part. Third and fourth down, if he doesn't like it, he'll pull down, and he's a hard person to get down. So he's a big factor in game plans trying to keep him corralled."

"They do a lot of moving pieces in the secondary, try to disguise a lot of things, and it really works in their favor a lot of times," he said. "They've got a great pass rush, they are really strong up front, you get a lot of push from them."

Sunday's game gets underway at 3:30 p.m. The two teams will play the second leg of this series on Aug. 4 at the Center.