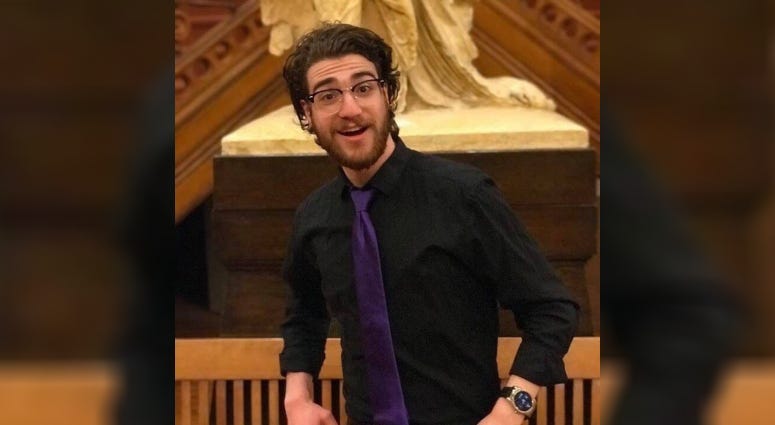 August 1, 2019 08/01/2019 8:29 pm
PHILADELPHIA (KYW Newsradio) — Joe Biden's flub at the end of the Democratic presidential debate Wednesday night turned out to be a big hit for a college student from South Jersey.
Actually, a lot of hits.

You may have heard the former vice president tell viewers to "go to JOE30330 and help me in this fight" — directing people to a website that did not exist. Yet.

Just as quickly as Biden blundered, 21-year-old Josh Fayer bought the JOE30330.com domain and redirected it to JoshForAmerica.com.

"It was actually developed as an April Fool's Day joke," he explained of JoshForAmerica.com, "when I launched an exploratory committee to examine a run for president as the only Gen Z candidate."

Fayer said his friend was quick to react to Biden's gaffe.

"He had fast fingers, and when Joe Biden slipped up, he swooped in and purchased the domain name," Fayer said.

The "JOE30330.com" domain was initially linked to Pete Buttigieg's campaign, but the pair quickly decided that wasn't a good idea.

"We didn't want to really associate this joke with an ongoing political campaign," he noted. So minutes later, voters were being sent to Fayer's fake campaign site.

"As the first Gen Z'er to declare candidacy for this office," read his bio on the site, "you can trust that I'm the real deal. And I'm not joshin' you."

"We hooked it up and within a few minutes it started to go viral. It started being shared on Twitter, on social media. I believe when we woke up this morning, it had over 100,000 hits."

Fayer stressed that he is not affiliated with any presidential candidate, and he's not endorsing anyone.

As for his own aspirations for the White House, Fayer said he has 14 years to consider it.