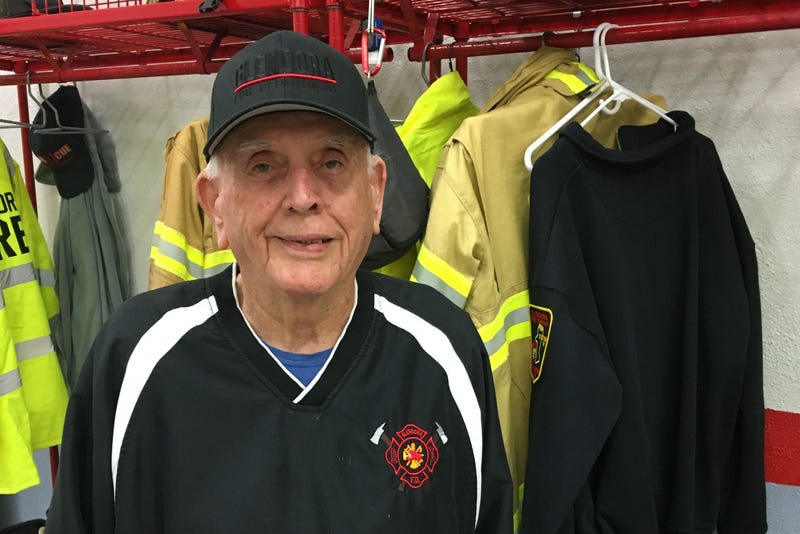 November 30, 2019 11/30/2019 9:00 am
GLENDORA, N.J. (KYW Newsradio) — He may not be going out on calls anymore, but a 90-year-old man is still very active in a volunteer fire department in Camden County. And he wants to convince younger people to give some of their time to help their community.

Syl McNamee has been with the Glendora Fire Company in Gloucester Township for 51 years. His last fire run was some 25 years ago, but he still volunteers on bingo night, at regular meetings and more. What keeps him going?

“I enjoyed the people that was around me, and I like to try to keep active,” he told KYW Newsradio. “I don’t want to stop. I feel like this. Ninety is just a number.”

As if to prove it, McNamee recently did a 5K. He walked it, but you get the idea.

McNamee  now lives with his daughter in Franklinville, but Glendora Fire Chief Michael Ricciadelli knows that he’s got a special guy pitching in.

“Even though he moved 20 miles away, he still has a strong, strong tie to the fire department,” the chief said. “That’s something you can’t teach. It’s just something that he knows. He just does it.”

And finding new recruits is easier said than done.

“Today’s youth may have a lot more responsibilities working two jobs and things like that,” Ricciadelli added. “But a guy like Syl, they’re few and far between.”

That’s not to say they’re not trying. And Syl is, as might be expected, pitching in to help on the recruiting effort.

In fact, no matter where you live, if your town has a volunteer fire department, chances are they can use your help there, too.