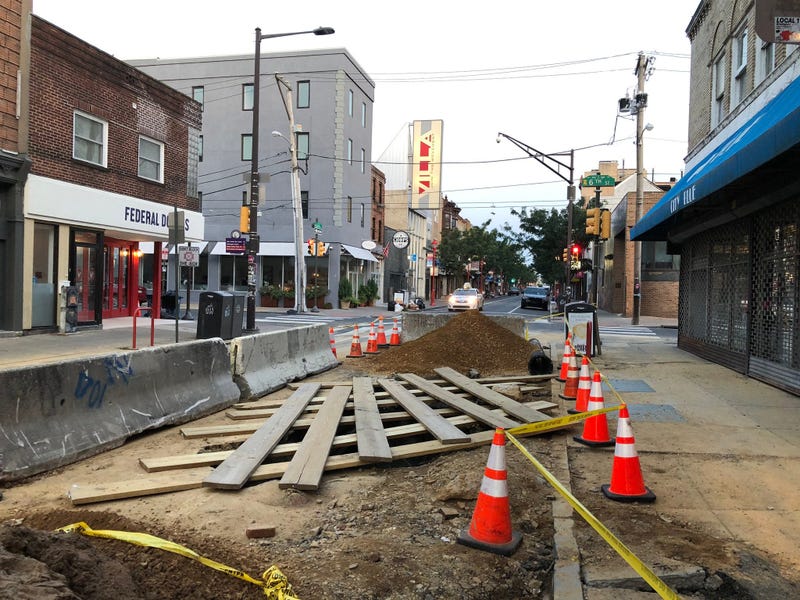 There is a huge chasm in the ground, five to six feet deep, with 4-foot piles of dirt on either side. The hole is covered with 2x12 wooden planks.

The parking lane is currently open to traffic, and it's a tight squeeze for SEPTA buses and garbage trucks, but cars are getting by fine as traffic volume has been light so far Thursday morning.

Some businesses, like Federal Donuts, have water service, but many do not.

Candace Smith, who owns the Garland of Letters book store, said she had a foot of water in her basement, but her neighbors to the west had it much worse.

"This man had five feet of water in his basement. It was huge," she said. "And then the people on the corner had it up to the ceiling."

Smith said she's been in this store since 1972, and she's never seen anythig like this before. But, she says, all they have to do is clean up, and life goes on.

It will be a while before it's business as usual on this stretch of South Street, however.