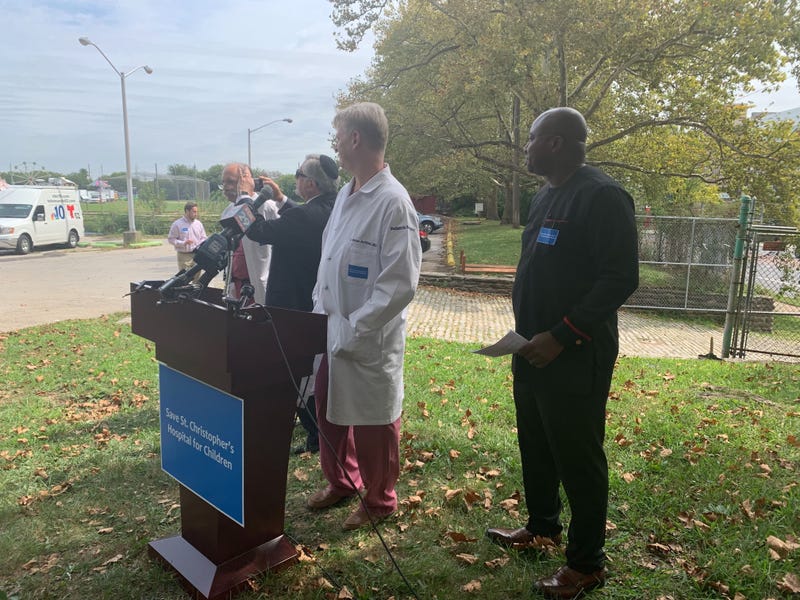 PHILADELPHIA (KYW Newsradio) — St. Christopher's Hospital for Children staff members held a rally to let the public know how being sold to an unsatisfactory owner could impact care in an effort to get ahead of bankruptcy proceedings.

With the hospital set to be sold in the coming weeks to the best and highest bidder, those who work there held a rally appealing directly to bankruptcy judge Kevin Gross.

On behalf of the group, Dr. Grier Arthur says the highest bidder may not be the best owner.

"We urge you, Judge Gross, to weigh what is best for St. Christopher's and the unique community we serve," Arthur said.

He laid out three conditions for ownership of the hospital.

Medical staff attorney Al Ciardi says while there are no bidders at the moment, it's only a matter of time.

"Whenever those bids come in, we're going to be examining them and letting the court and all the decision makers know the human costs," Ciardi said.