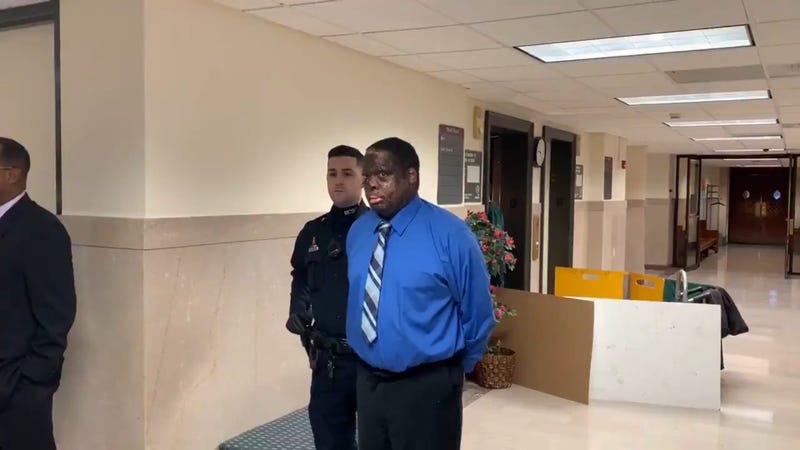 January 15, 2020 01/15/2020 7:12 pm
NORRISTOWN, Pa. (KYW Newsradio) — As the trial continues for Lawrence Crawley, who is accused of murdering his ex-girlfriend in 2018, jurors listened to testimony on Wednesday from the state troopers who spotted him on the Pennsylvania Turnpike after the killing.

Law enforcement officers were informed to be on the lookout for Crawley that night, who was driving the Chevy Avalanche that he used to repeatedly run over Angela Stith at her workplace, after he stabbed her. When a maintenance crew in Somerset County spotted the truck, they alerted Pennsylvania State Police.

Troopers say they pulled out behind Crawley as he entered the Allegheny Tunnel. While inside the tunnel, the truck began to swerve. Troopers said they saw orange flames inside, then the car slammed into the wall of the tunnel.

Because they were inside the tunnel, police had no radio or cell coverage.

Dashboard camera video shows the troopers slowly approach the car. As they opened the rear door, smoke poured out from the truck.

Crawley wouldn’t show his hands to the troopers, so they pepper-sprayed and used a Taser on him before finally pulling him from the truck.

Crawley had doused himself in gasoline and set himself on fire. He had third-degree burns on more than a quarter of his body. And, he had a self-inflicted wound to his wrist.

One of the troopers said he was worried Crawley was going to go into shock, so he kept him talking, but Crawley kept repeating, "The voices in my head made me do it."

Prosecutors are seeking first-degree murder, which carries a mandatory term of life in prison.

The defense concedes Crawley killed Stith but said it was crime of passion, and at worst, it should be considered third-degree murder.