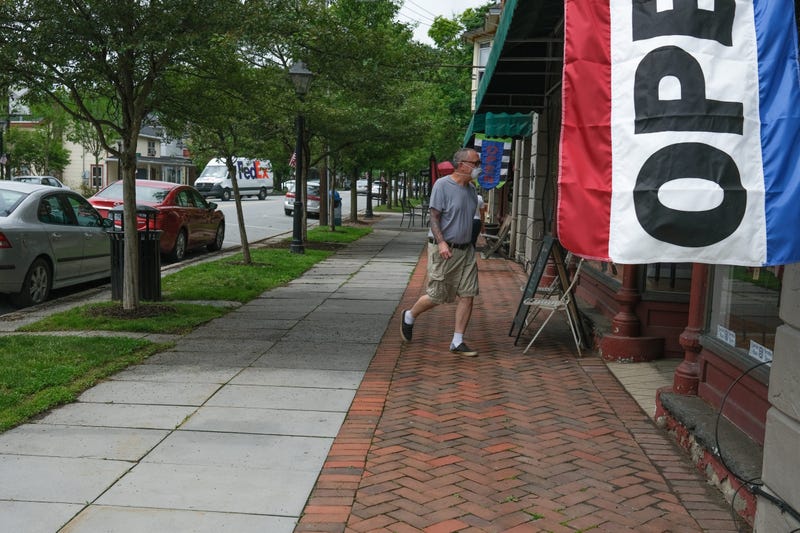 June 18, 2020 06/18/2020 8:06 pm
PHILADELPHIA (KYW Newsradio) — Although they have not received official word from the state, officials in Bucks, Montgomery and Chester counties expect Gov. Tom Wolf to announce both counties will move to the “green” phase next week.

Bucks County Commissioner chair Diane Marseglia said they have “every reason to believe” they’ll get the go-ahead for a June 26 “green” date.

“We’re grateful you have walked through ‘red’ and ‘yellow’ with us,” she said, “and we’ll be excited next week to go to ‘green.’ I’m thinking about the gym, and my hair, and the dog getting groomed all in the same day.”

Damsker was more concerned about a spike during the move from “red” to “yellow,” because that’s when most businesses started to reopen.

“Ninety-eight percent (of businesses) are currently opened in Bucks County,” he added, so with the move to “green,” “you’re adding a few more, like some salons, some gyms.”

While “green” is the final stage of the governor’s phased-in, color-coded reopening plan, the phase does not mean everything goes back to the way it was in February. People still need to wear face masks and should stay home if they’re sick.

If Bucks County does see a spike in new cases, Damsker said they’ll jump on it immediately.

“We’ll do the contact tracing. We’ll get those people tested, we’ll get people isolated and quarantined. And that’s not magic — that’s just good old-fashioned public health,” he said.

So far, Damsker said the county has not traced any positive cases to the recent protests.

Damsker has also reviewed some reopening plans from area gyms and hair salons, and he said the sanitary guidances they’ve developed are strong.

“They’re being very careful with their own customers because they feel extra pressure,” he noted, “so I don’t think there will be a big outbreak from those facilities.”

Philadelphia is expected to remain” yellow” through at least July 3, so if Montgomery County becomes “green” on June 26, that is “a note of concern” for Commissioner Val Arkoosh.

Many Philly and Montco residents go back and forth between the two for work, but she said that doesn’t change her thoughts on going “green.”

“As long as we encourage just a continued slow reopening,” she said, “we can work with Philadelphia and manage that situation and keep everyone in our region safe.”

The governor will hold a press briefing Friday, where he is expected to announce which counties will move to the “green” phase next.