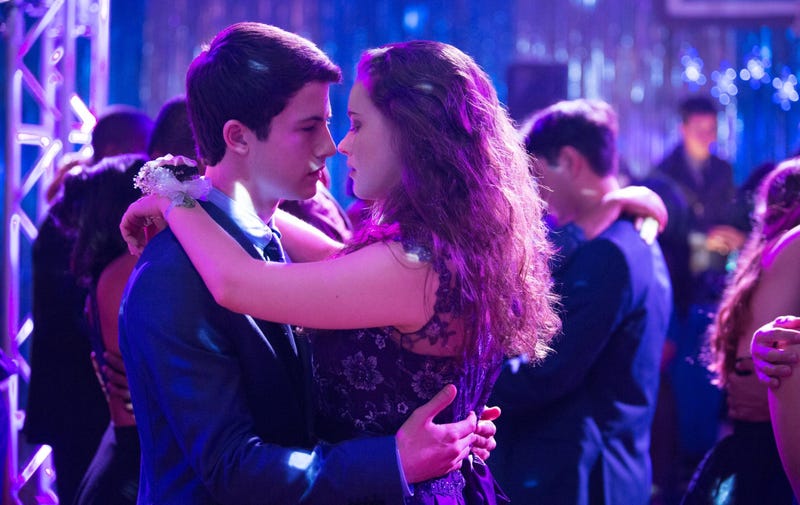 By Susan Scutti, CNN
(CNN) -- Netflix released "13 Reasons Why," a series about the suicide of a 17-year-old girl, on the final day of March 2017. Immediately, the profitable streaming service received criticism from suicide prevention organizations for not portraying suicide in a responsible way. New research suggests that, as feared, the series caused a "suicide contagion" effect among young people.

An estimated 13% increase in suicide among children and teens, ages 10 to 19, occurred in the three months after the show's release, the researchers found. This corresponds to 94 more suicides than would be expected, according to the study published Wednesday in the journal JAMA Psychiatry.

"No effects were seen in other age groups," Dr. Thomas Niederkrotenthaler, lead author of the study and head of the Suicide Research & Mental Health Promotion Unit at the Medical University of Vienna, told CNN in an email.

While many called for a nationwide survey of death data following the series, "this had not been possible until the recent release of 2017 suicide data by the US Centers for Disease Control and Prevention," Niederkrotenthaler explained.

He and his colleagues analyzed CDC data before and after the show's release in 2017 to estimate suicides among different age groups and to identify possible changes in the specific methods used. They also examined Twitter and Instagram posts to estimate the amount of social media attention focused on the show.

The social media data showed that public interest in the show was highest in April 2017 and negligible after June 2017.

Shortly after the release of "13 Reasons Why," Niederkrotenthaler and his colleagues noted "a clear increase in suicides among 10 to 19 year old males and females" even after accounting for the seasonal uptick that generally occurs in those months.

"The fact that this association was only seen in the demographic group that was similar to the 17-year-old film character Hannah Baker, and the stronger proportional increase among girls, as well as the absence of any changes in suicides in other age groups, is clearly consistent with a possible imitation effect," he said.

Imitation effects can be explained by vulnerability and "identification with the main character who dies by suicide," he explained. "Kids who are vulnerable to suicide, for example those who are having suicidal thoughts and identify with the protagonist Hannah Baker, are at some risk if they do not reach out for help."

Help can be found by speaking with a "trusted adult," he said, or calling the National Suicide Prevention Lifeline, 1-800-273-8255.

Since it is "impossible to know whether people who died from suicide had actually watched the show," Niederkrotenthaler urged caution when interpreting the study results. He also lacked data for suicide attempts, although several US emergency rooms reported increases in self-harm among teens after the series streamed on Netflix, he said.

Still, a separate study published last month drew similar conclusions to the new study. It found a 28.9% increase among boys who died by suicide in the month after the show's premier.

At the time, Netflix stated, "This is a critically important topic and we have worked hard to ensure that we handle this sensitive issue responsibly."

Following publication of Niederkrotenthaler's study, Netflix said in a statement that both studies "don't explain the increases [in suicides] for girls in November 2016 and boys in March 2017 -- before the show had launched. Experts agree that there's no single reason people take their own lives -- and that rates for teenagers have tragically been increasing for years."

In defense of "13 Reasons Why," Brian Yorkey, creator and executive producer of the series, and Dr. Rebecca Hedrick, a psychiatrist and series adviser, wrote in guest column in The Hollywood Reporter this week that the "unflinching" depictions of bullying, assault, depression and suicide portrayed in the series "helped lift the stigmas young people increasingly experience growing up today."

Their goal was to "shed light" on these issues, they wrote; For "every script," then, the series' writers and producers worked with psychiatrists, teachers and other experts to "ensure that even the most challenging scenes were grounded in reality."

"Numerous independent pieces of research" support the positive impact of the show, including one study citing evidence that admitted bullies changed their behavior after viewing the series, they added. "We've heard from people all around the world that the series gave them the courage to talk about issues they'd struggled to discuss before, including with their own families," wrote Yorkey and Hedrick.

One cannot draw definitive "causal" conclusions, still Niederkrotenthaler's new study contains "compelling evidence" that "excess suicides may indeed have been owing to the series," wrote Tyler J. VanderWeele, a Harvard biostatician, and two co-authors, in an editorial published alongside the study in JAMA Psychiatry. "This seems to have been an example in which contagion or imitation of suicide may have been at play."

Yet, contagion effects are not universally harmful. Potential "complex trade-offs" came into play following "13 Reasons Why," wrote VanderWeele and his co-authors. This includes the declines in bullying seen in the study cited by the series creator. And, though evidence suggests that seeing or suffering violence begets more violence, "experiencing a positive event renders one more likely to subsequently act altruistically," the editorial stated. Greater effort, then, could be made "to balance negative reports with those on what is good in a community" suggest the authors.

"A small change in reporting practices could have substantial benefits. Likewise, media portrayal of resilience, rather than suicide, may help those struggling," they wrote.

Evidence suggests "the content of media has become increasingly negative and polarizing," wrote the editorial authors. "Since the human brain is more attentive to potentially dangerous events, media sources with more negative material have more viewers, which incentivizes negative reporting."

Ultimately, "strict censoring" or "restrictions on freedom of speech" are not needed; instead the editorial advocates for media producers to become aware of the harmful effects of irresponsible portrayals of suicide.

Niederkrotenthaler told CNN that he hopes his findings will "encourage collaborations between the entertainment industry and suicide prevention."

The problem with the series was it portrayed suicide as a logical consequence of typical life problems during the teen years, while getting help "was portrayed as being futile," he said. "Even if there are negative experiences with help-seeking in the past, it is always worth to give it another chance. It is always the right thing to look for help and speak with trusted adults."