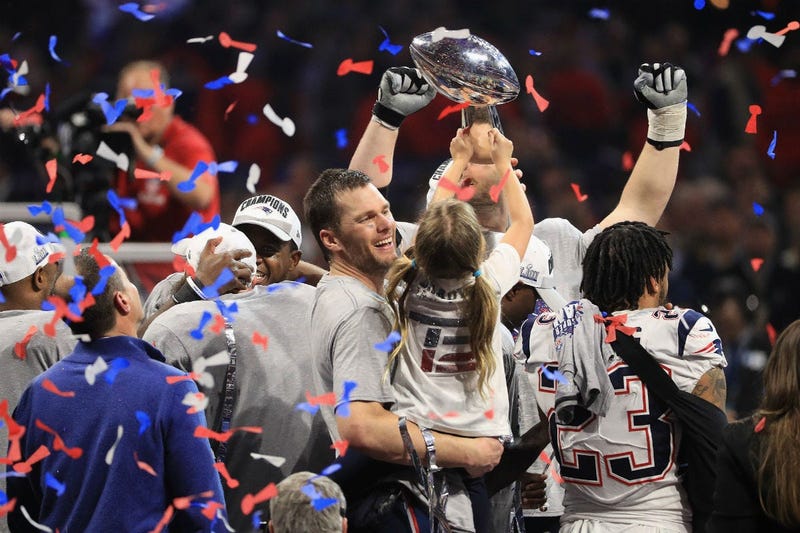 Viewership on the CBS broadcast network and on the web combined was the lowest total for a Super Bowl match-up since 2009, according to Nielsen.

With almost everyone except Patriots fans calling the low-scoring game a snooze, the relatively low ratings come as little surprise.

The Super Bowl still ranks as the most-watched program of the year in the United States, by a margin of tens of millions, and that's what makes it a one-of-a-kind platform for advertisers and marketers. But viewership has clearly come down from its highs of several years ago, when more than 110 million people tuned in. Even the Super Bowl isn't immune to the fragmentation of the TV business.

But those figure are not comparable to this year's total of 100.7 million, because this year's figure also includes some streaming and Spanish-language broadcasts of the game.

CBS did not immediately release the viewership total for Sunday's television broadcast alone -- a sign of how the television business is changing.

For example, about 2.6 million people live-streamed Sunday's game through a variety of sites and apps, a 31% increase in streaming from last year's Super Bowl.

The Nielsen data is a per-minute average for the viewership of the entire game. Certain parts of the game, like the end of the fourth quarter, were more highly rated than other parts.

CBS said the game was watched "in all-or-part" by 149 million people on the television network, meaning that lots of people channel surfed for parts of the Patriots-Rams face-off.

Many factors affect football viewership -- even the weather in various markets across the country. Relative interest in the two teams is a big factor.

Experts said a jump in offense -- high scoring and hotly contested games -- led to a jump in ratings.

Sunday's Super Bowl may be further proof of that thesis.

"Fans who were hoping to tune into a high-scoring Super Bowl were treated to the exact opposite, a defensive slugfest spurred by defensive masterminds on both sides," Yahoo senior NFL writer Terez Paylor wrote Monday morning.

It was the lowest-scoring Super Bowl in history. The Wall Street Journal's Jason Gay called it a "snoozer bowl for the ages."

Most viewers still stayed up and watched -- but it's no wonder why viewership was off from past years.