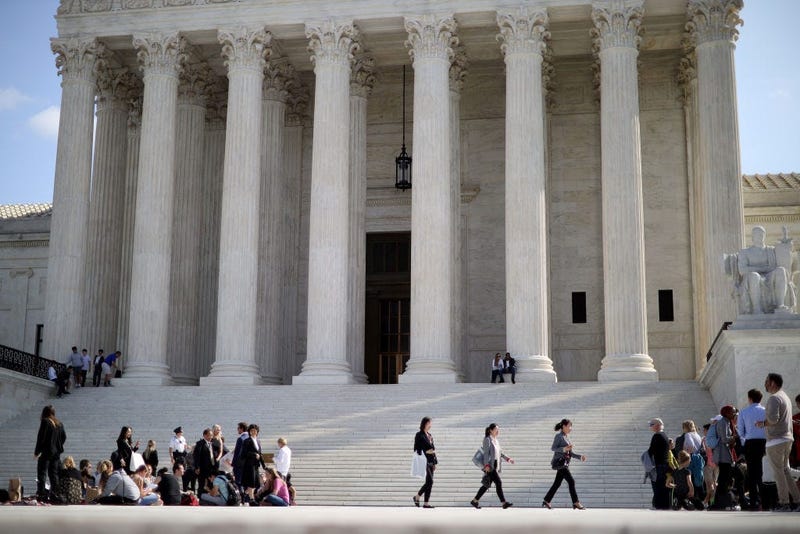 PHILADELPHIA (KYW Newsradio) — The U.S. Supreme Court will hear oral arguments Tuesday over whether federal law protects workers from being fired for being gay or transgender.

The high court will hear arguments related to three cases — two involving men fired by employers who learned they were gay and a third involving a transgender woman who was fired when she came out at work.

Plaintiffs argue that Title VII of the Civil Rights Act, which prohibits sexual discrimination, protects them from being fired as well.

"It's based on sex stereotyping discrimination, that is, that there is an expected way that a particular gender should behave and that is heterosexual and that is not what these men are," said Evan Thornburg, who works in the Philly Office of LGBT Affairs.

She says the arguments seek to expand existing federal law. Currently, 29 states — including Pennsylvania — do not protect LGBT workers from employment discrimination. Philadelphia and several other counties expanded such protection to LGBT folks years ago.

"It's scary. It's completely uncharted territory," said Angela Giampolo a gay rights attorney based in Philadelphia. She says it's unclear how the conservative court will rule.

"This is the first litmus test on how SCOTUS will treat LGBT rights," Giampolo added.

A ruling on this case is not expected until next year.