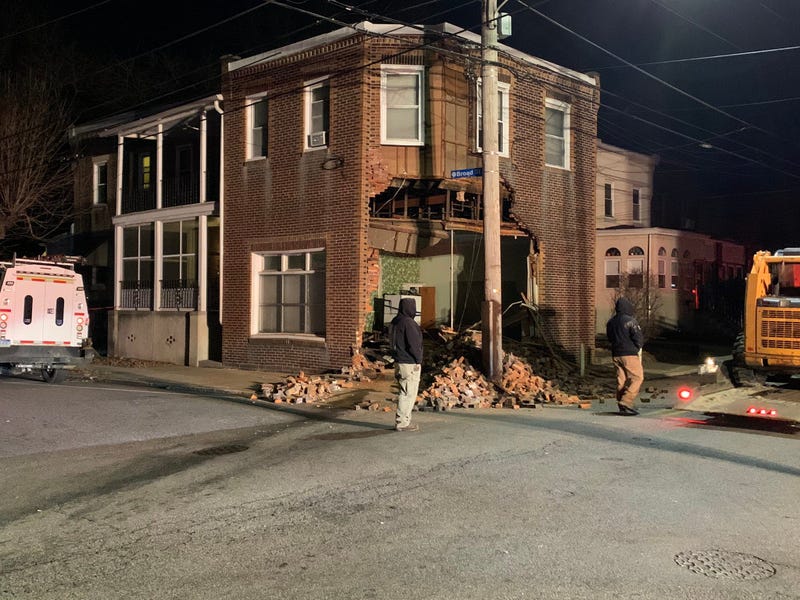 Fire officials say, around 1:45 a.m., the woman made a U-turn on Clifton, took out a utility pole, hit a small metal post in front of a pizza shop, ripping it out of the ground and, finally, shot across the street into the brick apartment building on the corner at Broad Street.

"Big crash. I look out and see a car in that house," he said.

He says he tried to help.

Emergency crews did help her out and rushed her to the hospital. Her condition has not been released.

Couple crews working now. One is working on boarding up the part of the building where the SUV crashed. The other is from Verizon doing work on the utility pole that was first hit. pic.twitter.com/kl6vcADXIb

Police are looking into the cause of the crash.

Officials say the part of the building where the crash happened was unoccupied. A neighbor says someone lives on the second floor, but they weren’t home.

Officials also say there were two couples in the building, but they live in units toward the back, so they weren’t hurt. They had to leave the property, however, and stay with relatives.