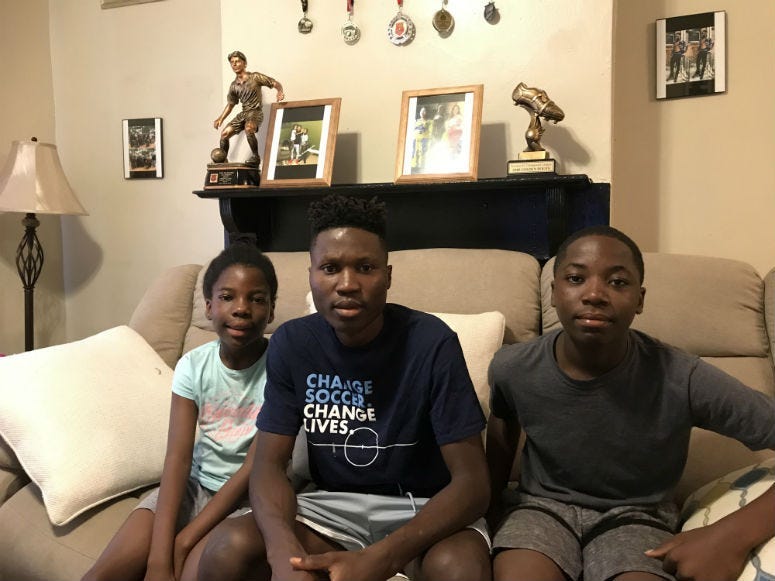 September 1, 2019 09/01/2019 2:12 pm
PHILADELPHIA (KYW Newsradio) — Philadelphia's Unity Cup lets Philadelphians from all over the globe compete against each other in a World Cup style soccer tournament. For one player, his off-the-field battles won't keep him from getting on the field.

A few months ago, Daniel Yallah found out he has advanced liver cancer. But the 18-year-old from Liberia is not letting that stop him from doing what he loves the most.

"Playing soccer every day, to be honest, it makes me feel better, because it's what I love to do. Every time I step on the field, I feel great doing it," he said.

In addition to fighting cancer, playing soccer, and working, Yallah takes care of his 14-year-old brother and 7-year-old sister.

His siblings and playing soccer in the Unity Cup are what keeps him going.

"Though I am not 100% fit right now, I still force myself to get on that field and play, because I want to be there."

Yallah's soccer skills have been so impressive that he's even received a scholarship from Harcum College, where he plans on going once he beats liver cancer.