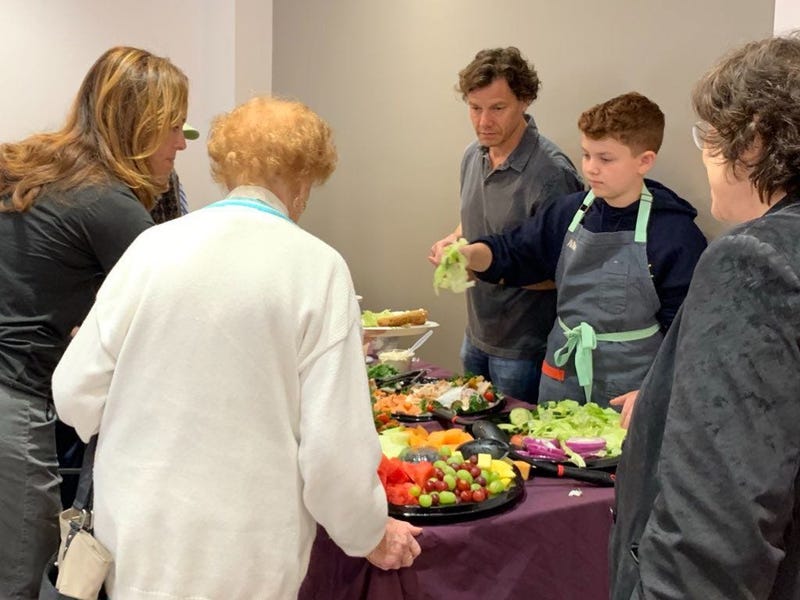 Avner Schwartz of Haverford is a seventh-grader and current contestant on the Food Network's Kids Baking Championship series. "So I thought maybe I could combine baking and my mitzvah together so I decided to bake for Holocaust survivors," he said.

Carly Bruski, director of the Holocaust Survivor Support Program, said they host a multiple events throughout the month but this brunch was special. "The survivors love inter-generational programming, so having a kid here just makes them really happy," she explained, "just seeing him and hearing him speak."

And delicious desserts made it even better.

"It was just out of this world, the apples and the dough," said Helena Swerdlick, a Holocaust survivor. She said

Helena Swerdlick, a Holocaust survivor, and said Avner was just as sweet as his deserts. "Not just the way he looks," she made clear. "The cupcake matches it."

Holocaust Remembrance Day is January 27. The next episode of Kids Baking Championship airs Monday, January 13 at 9 p.m. on the Food Network.