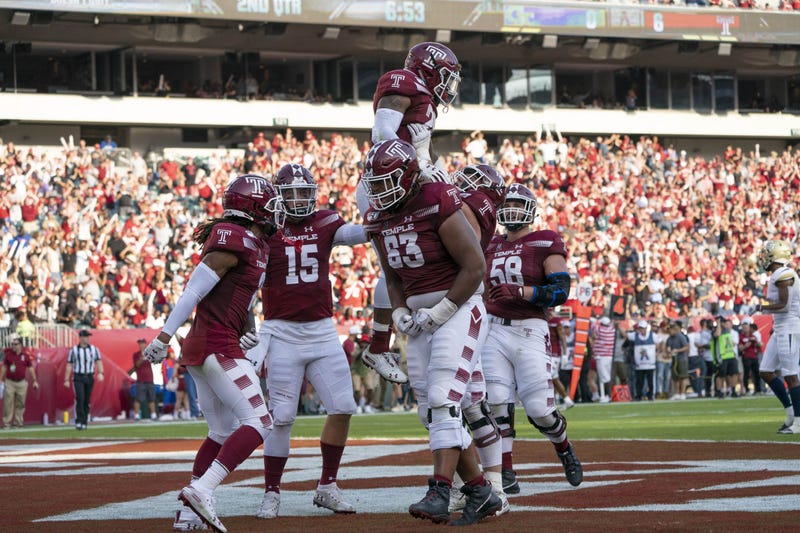 The Owls improved to 4-1 this past Thursday by winning their American Athletic Conference opener at East Carolina, 27-17. Temple trailed 7-0 after a quarter, but rolled from there.

"I liked the way we overcame the slow start in the game," Temple head coach Rod Carey told KYW Newsradio. "Obviously, it was a hostile environment and we were juiced up, too. They went down and scored right away and then after that we kind of calmed down and took control of the game. That was probably the biggest takeaway. Road win in conference, it's hard to do."

Temple had a balanced attack in the win, finishing with 253 yards in the air, 237 on the ground. Freshman Re'Mahn Davis led the Owls with 157 yards and a score on the ground. It was his second straight 100-yard game.

Senior Isaiah Wright had a big day with nine catches for 104 yards and a score. Wright continues to be a versatile weapon for the Owls, and Carey talked about how that versatility helps open up the offense.

The Tigers are 5-0 and averaging about 40 points per game, and this past weekend, they won at Louisiana-Monroe, 52-33.

Carey talked about how the Tigers rack up their impressive offensive numbers.

"Everything revolves around their running game, it's set up off that," he said. "Then they have really explosive players outside and the quarterback (redshirt junior Brady White) does a really good job of delivering the ball on time and on target. So when you get that mix of everything, you get a really explosive offense."

Temple and Memphis last played in 2016 down in Tennessee with the Owls dropping a 34-27 decision.

Saturday's game at the Linc kicks off at noon.